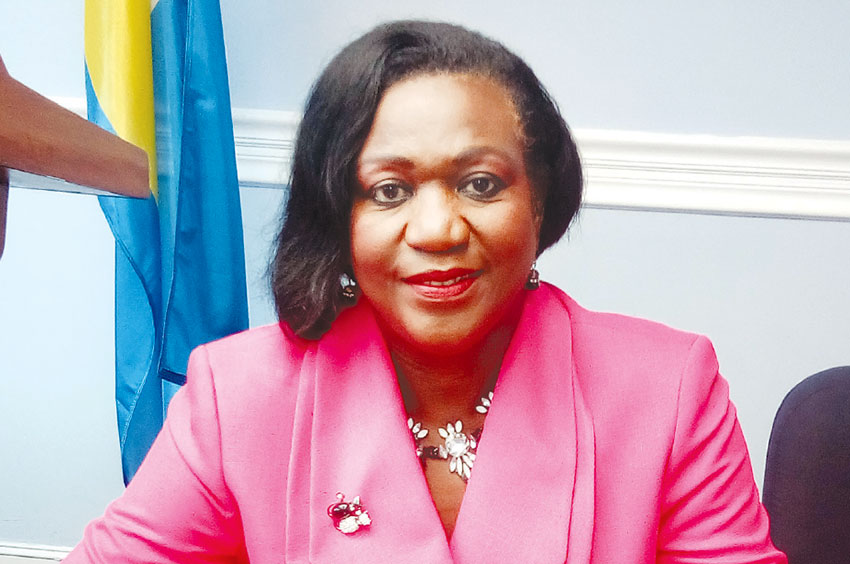 A full-scale attack has been launched on the population to arouse them to the understanding that the granting of national awards is all about them and not about a certain class of people within the society.

Spearheading that attack is the National Awards Committee’s chairperson, Senator Mauricia Thomas-Francis. According to her, the committee has embarked on a series of public relations activities to run over the next six weeks.

“We have issued over 500 nomination forms to various organizations, social clubs, mothers and fathers groups and various embassies, and we are looking at doing a number of activities with the popular talk shows on the island so as to sensitize people in the community as to the need to ensure that they nominate deserving persons,” Francis said.

Some committee members, she said, will go into communities to sensitize people in a bid to inspire them to recognize people who need to be recognized via the awards.

However, nominating deserving people for national awards is easier said than done, said Wilbert King, another committee member and Chairman of the Public Service Commission (PSC). He said that while the number of nominations over the past two years has increased, the committee has yet to register the expected level of response from the general population.

“In this regard, the committee will be embarking on a full programme of sensitization around the island to arouse the interest of citizens through information dissemination and education. The committee believes that there are certain misconceptions held by ordinary citizens of St. Lucia regarding the granting of national awards and this must be dispelled,” King said.

King added that what determines whether someone gets an award or not is how best the information about that person satisfies the committee’s criteria so that it can be forwarded to the relevant authority for an award.

The committee, King admitted, wants to make it very clear that there is no discrimination with respect to creed, ethnicity, colour, socio-economic status or gender with respect to the awards selection process.

“It is not concerned with whether an individual is Christian, Muslim, Buddhist, Hindu, Rastafari, pagan, agnostic, atheist, or animalist. The essential factor in its (national committee) consideration for selection for the grant of an award is how far the nominee has satisfied the stated criteria for eligibility,” King said.

He added: “We do not care what colour you have, what type of eyes that you have, we do not care what philosophy that you hold. These are not the things that you look for when you select persons for the receipt of awards. We are looking for persons who have, over the years, done or acquired certain qualities or have exhibited certain qualities to show that they are national in their approach that whatever they have acquired are of national importance and national significance, something that can be used by the country for nation-building.”

An important observation made by the committee over the years is the apparent deficiencies in completing nomination forms. According to King, where insufficient information is provided, it makes it extremely difficult for the nominee in question to be given favourable consideration because committee members depend on the information to help them arrive at a decision.

“So if the information is inadequate or lacks substance, or that information does not give the type of description you are looking for about the nominee, then obviously that nominee is at a disadvantage,” King said.

He reminded the public that information provided about a nominee must be relevant and accurate and devoid of speculation.

King said that on no account should an individual complete his or her own form and nominates himself or herself because once this is discovered, the individual will immediately be disqualified.

“We will not accept any tricks. This is not a process that lacks credibility and, therefore, we do not want anybody to believe they could enter through the side door,” he said.

King noted that over the past two years the committee realized there are individuals who appear to be trivializing the process of nominations by nominating persons who are very short of the requirements for qualifications for certain awards.

“It was clear to the committee that games were being played between individuals where, for instance, Jack was nominating John for the St. Lucia Cross and John was reciprocating by nominating Jack for the same award. This is unacceptable, totally unacceptable. We believe that at this stage in our history, St. Lucia has made sufficient progress for the citizens to know the limits of unsolicited uncultured behaviour,” King said.

Other awards are the St. Lucia Medal of Merit (Gold and Silver) awarded to persons who has performed long and meritorious services in the arts, literature, science and other such fields in St. Lucia; the Les Piton Medal (Gold, Silver, Bronze), awarded to persons who have performed long and meritorious services to St. Lucia tending to promote loyal public service, national welfare or to inculcate and strengthen community spirit.