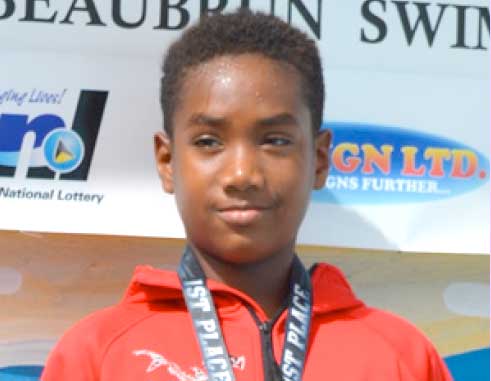 SAINT LUCIA swimmer Antoine Destang had an impressive outing just days ahead of the 27th edition of the Organization of Eastern Caribbean Championship. Antoine captured 9 medals in his latest swim meet overseas, this time at the North York Athletic Club Cup Meet in Toronto, Canada.

He finished second in the 10-and-under age group as he went on to snatch 3 gold, 5 silver and 1 bronze medals.

He is expected to lead Saint Lucia’s charge in the boys 8-9 category at the 27th edition of the Organization of Eastern Caribbean States Swimming Championship scheduled for November 10-12 at the Rodney Heights Aquatic Centre.

Saint Lucia will be represented by a 34-member team captained by Mikaela Casimir (female) and Jamarr Archibald (male).