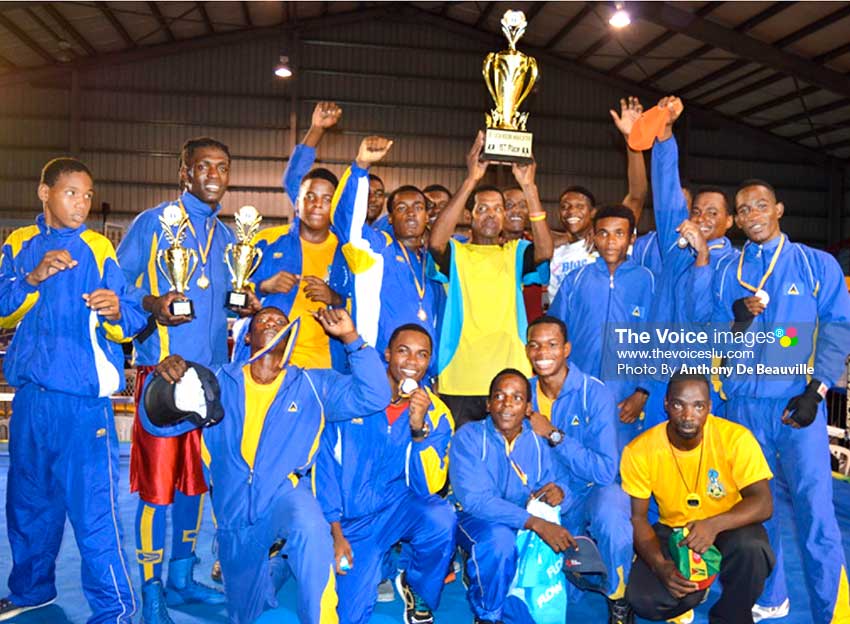 On Wednesday, the Association held a press conference to provide an update on the staging of this historic event.

President of the Association, David Christopher, provided some statistical aspects of the upcoming championship, saying, “Over two hundred boxers representing 17 countries from as far as Jamaica in the north to Guyana in the south, including Suriname, will be in action at the Beausejour Indoor Practice Facility.”

The Association will be turning the Beausejour Indoor Practice Facility into a boxing arena.

Former president of the SLBA and renowned cricket commentator, Joseph “Reds” Pereira, also addressed the gathering, saying, “This event rivals any regional sporting event held in Saint Lucia’s history.” He pleaded for Saint Lucians to “give boxing a chance” by coming out to show their support.

A formal endorsement of the regional championship came from Youth and Sports Officer, Patrick Mathurin, as he also encouraged all Saint Lucians to support the event.

He said, “This event will be like Boxing Day before our Boxing Day, a day when we can all enjoy as we support team Saint Lucia.”

Also present at the press briefing were some of Saint Lucia’s premier boxers, including Nathan Ferrari, Marvin Anthony and Delma Jeffrey.

Guyana won most of the gold medals last year in Barbados as Saint Lucia finished sixth. The hosts will be looking to improve on their medal tally from last year — one gold, one silver and, one bronze. Also among the SLBA’s ambitions is to recapture the Junior Boxer of the Tournament Award, which was won by Saint Lucia’s Omar Mann.

Earlier this year, SLBA hosted the OECS and Creole Boxing Championship and emerged champions in both at the same venue.