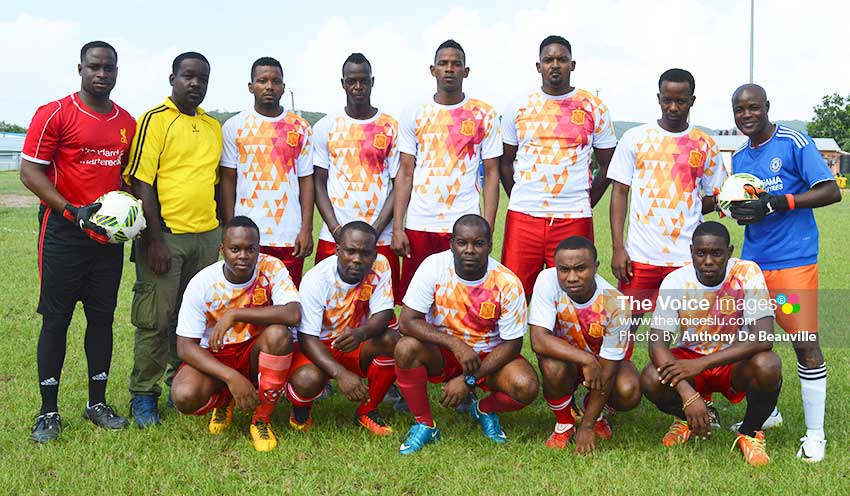 FOLLOWING on the heels of its soccer-rama played on Sunday, the Gros Football League will kick off its District Rep tournament dubbed the “Spider Cup” tomorrow evening at the Gros Islet playing field with two matches.

Day two of the competition is scheduled for Thursday from 5:30 p.m. when Domino/Sports Locker Northern United will play Mango Moon GMC and Twist Dominators will fancy their chances against Royalton FC at 7:00 p.m.

Last Sunday afternoon, under overcast skies and persistent rain, Northern United ‘A’ emerged champions of the much-talked-about soccer-rama as they defeated Northern United ‘B’ in a penalty shootout under lights, in which only five of the 13 participating teams taking part.

In the penalty shootout, Northern United ‘A’ nosed ahead 2-0.

In a women’s encounter, Big Players of Marchand defeated Northern United 2-1. Field conditions made life rather difficult for the young female players who came out to exhibit their talent on the pitch.

Meanwhile, GIFL President, Shane Paul, is reminding teams that all persons in the technical area must be dressed appropriately and must appear on the match card. Failure to adhere to these conditions will result in disciplinary action being taken against them.