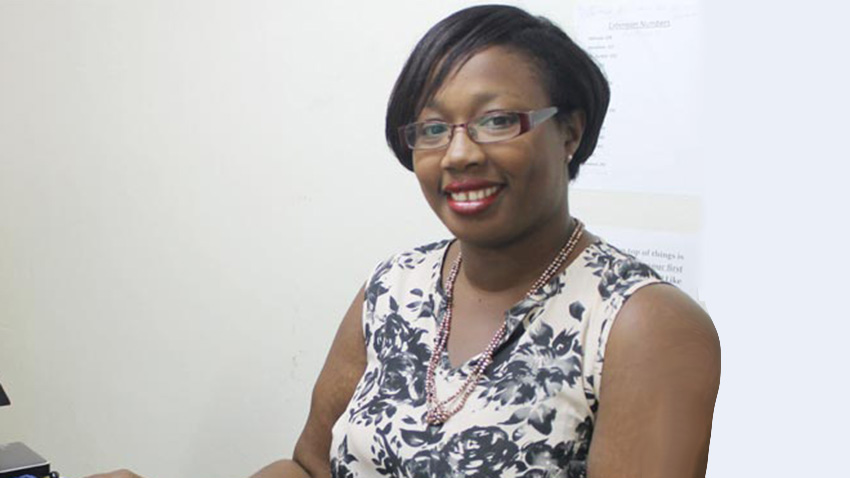 TAKE a look at St. Lucian politics and politicians. Go on, take a good look. Now do you see why I hate politics?

It’s times like now when I am glad that I don’t support any political party because my ears and eyes are open to the nonsense that takes place on both sides and because I am no hack or sheep following party colours blindly, I can gladly call out both when I see them being total halfwits.

I must say that I am appalled by the crop of supposedly grown folks that we the people continue to look to as leaders of our beloved country.

If you asked me, I think all voting St. Lucians need to be lobotomised because you simply have to be insane and in the most desperate need of brain surgery or, for the least, shock therapy, if you cannot see that 98% of our current crop of politicians need to go and that they should be replaced by competent men and women who are truly patriotic and have St. Lucia and the people at heart before their own pockets.

While we’re here, I might as well throw in that we need a crop of politicians who have mental capacities of adults and not children in the school yard partaking in an insult match.

I will start with the easiest part of this by saying, yes, it was an extremely insulting an inappropriate statement for Chastanet to make, especially in his capacity as the island’s Prime Minister.

The PM has once again shown that tactless side of him that leaves me worried that he seriously lacks the professionalism needed by a true leader of not a household, school or business, but an entire nation.

This just brings back memories of the thin-skinned outburst he had when he allowed Rehani Isidore to set him off and acted completely out of a leader’s character.

I truly don’t care what the naysayers think about it being blown way out of proportion, he is the Prime Minister and must remember that and act accordingly and, in this case, he likened the other parliamentarians to barking dogs.

Yes, I know the saying about how you will get nowhere if you stop to throw stones at barking dogs, and I know what it means, but there are other less insulting metaphors which he could have used to illustrate his stance.

I listened to what Dr. Hilaire had to say in its entirety and a statement that was just over six minutes long took me almost half an hour to listen to because I kept stopping to point out the many flaws being shared.

He had me at “It was a gross disrespect”. Yes, he was spot on there but he lost me from then on because the excuses I heard made me think of another metaphor: “Pot calling kettle black”, only in this case, I am looking at one overly-charred pot calling a crispy burnt kettle black.

Dr. Hilaire, in my opinion, made the biggest mistake by even making a statement because his party is guilty of the same thing!

How can you come for Chastanet when Dr. Kenny Anthony, who was the Prime Minister himself at the time, called Guy Joseph a poodle?!

And then in the same breath that Dr. Hilaire brought up “Poodlegate”, he swiftly came up with some crass excuse about the word “poodle” in politics being a well-known and widely-used political term.

Just for that statement, I hereby banish you to the corner with the “special” pointy cap for an hour Dr. Hilaire because you know very well that political term or not, it was equally as offensive and uncalled for.

There is actually a strong rebuttal for whatever excuse you try to come up with to justify that poodle statement; you said Tony Blair was called Bush’s poodle. I lived in the UK at the time and I remember the controversy it caused at the time — it was not taken lightly, in jest or as a form of picong, as you called it.

Also, just like Chastanet could have used a better term, Dr. Anthony is scarily intelligent, so don’t tell me that he couldn’t think of a less spiteful and venomous term to use, like perhaps calling Mr. Joseph a sheep or even a shadow; both terms mean exactly the same thing as poodle, don’t they? No, Dr. Anthony knew exactly what he was doing, so please miss us thinking Lucians with the lameness.

I think you guys over in the red corner need to take a leaf out of Guy Joseph’s page and roll with it; heck, he even somewhat embraced the term and used it to his advantage.

That is actually the only funny tit-bit in this whole scenario and it has me cracking up even now because I can still hear Joseph with that strong and funny accent of his saying on platforms: “Ohhh, not me they call a poodle, uh?” (Jeez, his accent kills me).

And just when I thought Dr. Hilaire had run out of foot space to shoot, he went and stuck that same foot in his mouth by mentioning yet another hypocritical incident.

He spoke about Chastanet calling Phillip J. Pierre an “economical terrorist” and said that in this day and age, it is a totally inappropriate term to use to describe someone. Sir, what say you about the time when former Prime Minister Dr. Anthony (again) called Timothy Poleon a “media terrorist”?

Now pause before reiterating the “in this day and age” part, because I know for a fact that al-Qaeda had been running the terrorist game for well over two decades, and it was during their reign that Poleon was given that label (which he, too, has rolled with and somewhat used to his advantage as opposed to going around crying “no fair”). So again, please miss us with that mess.

It is a shame that this is what energies from the politicians on both sides are being put into because the same time it took for Chastanet to utter these words, and the same time it took for SLP to rant among themselves, draw up a statement and speak to the press, something useful could have been done with that time – you know, something that could actually benefit the island and the people!

Like my title suggests, I would like you “leaders” (emphasis on lower case “l”) to put a sock in it, stop with the back and forth nonsense, and do your actual jobs, please, because the island’s poverty, crime problems, unemployment and poor health system are not going to fall into place and fix themselves while you guys continue on with the silly games.

So stop it already!