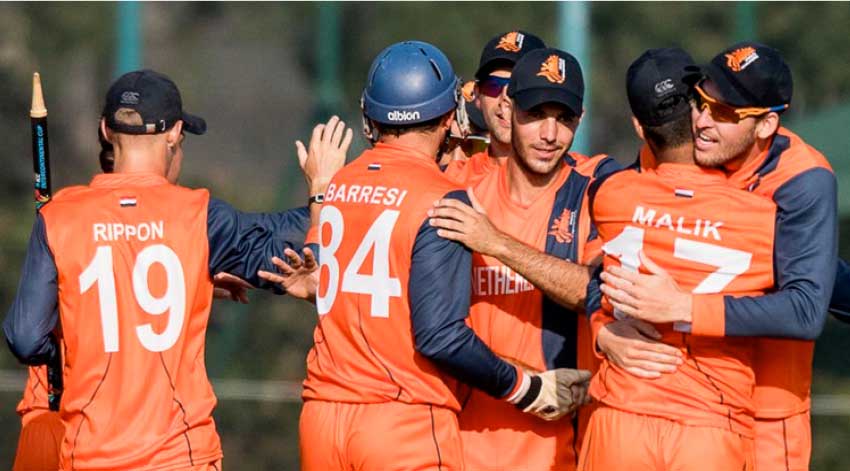 NETHERLANDS and Papua New Guinea have secured their places in next year’s World Cup qualifiers following the latest round of World Cricket League matches.

Hong Kong’s victory over Nepal, followed by the washout in the second of the two matches in Hong Kong, means Netherlands and PNG are guaranteed to finish in the top four.

Two out of Hong Kong, Scotland and Kenya, will join them in the WCQ event in Zimbabwe next March. The final round of matches, which take place on December 6 and 8, are Kenya versus Scotland, UAE versus Nepal, and Hong Kong versus PNG and Netherlands versus Namibia.

The other important aspect to be decided in the final round is who finishes top of the championship and earns the 13th place in the new ODI league. Netherlands are currently top, two points clear of PNG.

The side that does not earn a spot in the WCQ will join Nepal, Namibia and UAE in a six-team tournament that also includes Canada and Oman who have qualified from WCL Division 3.