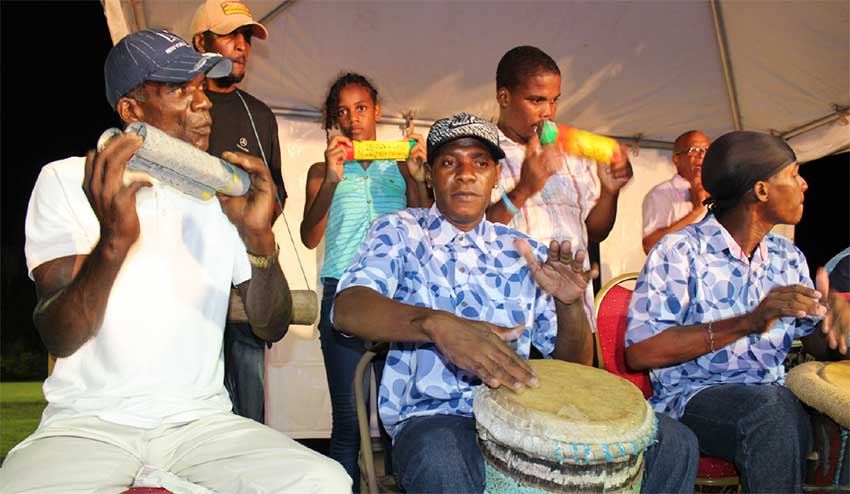 FOLLOWERS of the La Marguerite flower festival will show their true blue today as they observe the Feast Day (gwanfèt) in Laborie.

The proceedings will begin with a special church service from 9:30 a.m. at the Church of the Purification of the Blessed Virgin Mary to be followed by a parade through the village’s streets from 11:00 a.m. before the groups assemble at Desmond Collymore Park and make special cultural presentations.

Today’s proceedings follow a school church service held yesterday morning at the Minor Basilica of the Immaculate Conception, in Castries.

Meanwhile, the grand séance was held last Friday evening at la Ressource playing field in Dennery. Scores of supporters attended the lively session that involved music – the Eastern Folk Band struck up some infectious rhythms – dancing and laughter as the various officials in the hierarchical structure flexed their muscles.

A major highlight of Friday’s séance was – you guessed it – La Magwit followers adamantly expressing that their festival is better than their rival, La Rose. Whatever the case, La Magwit followers always seem to have the upper hand since they always have the last word by having to respond to unflattering comments made about them by La Rose followers in August.

For what it’s worth, one can only hope that the friendly, non-violent verbal war between the two factions continue to remain civil.

To all followers of today’s festival, Vive la Magwit!