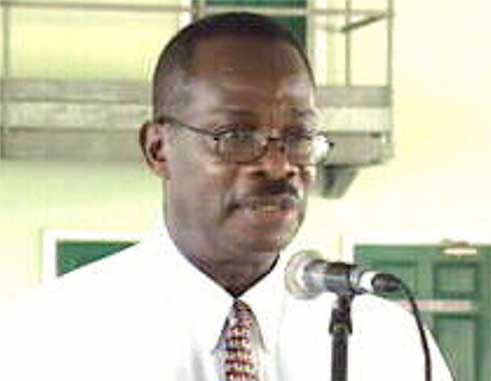 THE Executive Director of the Msgr. Patrick Anthony Folk Research Centre recently explained why it is not currently possible to host official Jounèn Kwéyòl activities island-wide amidst calls to remove sectioning.

Hilary La Force lauded St. Lucians for fully embracing the national cultural event, and was especially pleased to announce the success of the annual events judging by the numbers of people who make their way to celebrate the big day at the designated locations around the island. However, he shut down the notion of having the events staged officially in all corners of the island.

La Force’s statement came in response to claims that JounènKwéyòl is a day for all St. Lucians, and so there should be no designated event sites; rather, it should be recognised and catered to for all individuals across the island wishing to host their own celebrations.

La Force said there is the important matter of public liability insurance to consider, which is held by the various host communities.

He said: “As you are aware, once you having any mass crowds, you need to get to the mass crowd protocol being pushed by NEMO, and so you need to have traffic management, you need to have security, you need doctors and nurses on site. There’s need for proper garbage disposal and management, and even to the extent that you need persons to ensure that food is being done in a wholesome manner so that people don’t get sick, that hot foods remain hot and cold remain cold.”

He continued: “And so, if it is for the country, how would all the service providers be able to manage this? It would be a nightmare! So there is need to have it done in a structured manner so that persons don’t get killed or get sick, and so on.”

La Force said the principal aim of the Creole festival is to educate people about St. Lucian culture and heritage; however, allowing the festival to be held island-wide would simply dilute its objective.

He said: “As far as the Folk Research Centre is concerned…we insist that the host communities put up Creole technologies and have exhibitions so persons could come in and learn about their culture. Apart from the vending, which, of course, is important for the foods, but we insist that persons use the opportunity to display Creole technologies about how people made farine before, which, incidentally is a culture we obtained from the Amerindians. How to saw boards, how they made baskets, how they made fish pots…it’s a wide range of areas that we ensure that people understand.”

The official sites for this year’s celebration which took place on Sunday were Marigot for the eastern part of the island, Vieux Fort in the south, Babonneau in the north and Mabouya Valley in the west.