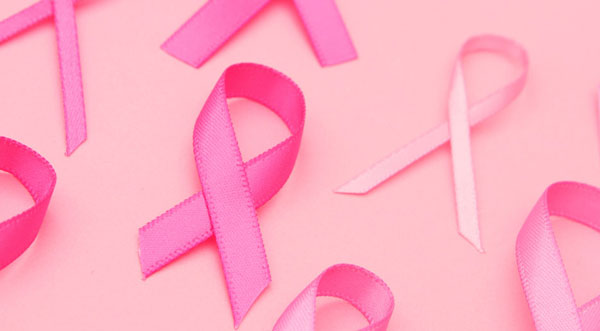 SANDALS Resorts has jumped on board in the fight against breast cancer in commemoration of Breast Cancer Awareness Month, which is celebrated annually in October.

The Ministry of Health recently held its official launch of the campaign which focuses on the impact that the illness has in society.

Breast cancer is the number one cause of death on record for St. Lucian women and, according to Director of the Bureau of Health Education, Natasha Lloyd-Felix, the Ministry knows that anything that impacts women so significantly impacts households, children and the wider community.

Lloyd-Felix said the MOH is ensuring that it raises the level and importance of breast health, early detection, screening and seeking treatment in a timely manner in the event one is diagnosed with breast cancer.

The theme for this year’s campaign is “Early Detection For Improved Protection”, and focuses on encouraging women to get themselves checked out regularly in order to detect any budding illness in its earliest stages.

Lloyd-Felix said: “We know by demystifying breast cancer, by opening up a conversation about breast cancer and creating that comfort zone, persons would be more willing to come forward and access the services that are available and be better placed to support one another in the event of being diagnosed with such a condition.”

Over the years of running the campaign, Lloyd-Felix said the MOH has noted that people have been coming forward wanting to take the required steps but found it difficult to undertake screening or request screenings from their healthcare practitioners.

She said: “We do know we may not have it in terms of solid data but, anecdotally, in speaking to persons, we do know that they make use of the available services, of them saying, ‘by getting this information, I made that choice’. Or ‘by hearing somebody give their story, I felt encouraged, I felt inspired to go forward, and their levels of fear and hesitation would be reduced’.”

She continued: “We can safely say that part of this is in large measure a result of this awareness and having that information to feel more empowered to make choices that protect health.”

Many people, she said, who have been diagnosed with any form of illness, namely cancer, which has a bad rap, tends to refrain or shy away from seeking required support. “They shy away, they would prefer not to speak about it and prefer not knowing. What is challenging is that we do know that there are opportunities to reach a lot more of our people in our communities, but the barriers exist to reaching persons if there’s an unwillingness.”

This, she said, is not any fault of theirs as the different stages of handling diagnoses, including denial, fear and grief, are understandable. She said women have shared their stories of overcoming breast cancer and all the challenges that come with it.

Lloyd-Felix said: “By women coming forward and saying, ‘I have done this and I have survived it, and look at me, I’m still functional, I’m still able to contribute and I’m no less than a woman’, we know that this has provided a lot of encouragement for other persons who needed that message to get that push to make the right choice.”

She had an important message to men, who are also susceptible to developing breast cancer, albeit rarely, saying the workplace is the target area to reach out to men.

Her message was that a woman is much more than her body; she is a partner in all things, including health and ensuring the optimal health of her womanhood.

She said: “We know that in a workplace, when you reach a woman, you also reach her male colleague who also had a girlfriend, wife, family members etc. And so what we want to do is not let this be a gender-insensitive conversation. We want to neutralise the gender factor to everyone, whether male or female.

“Our males are our partners, our protectors and the ones to hold our hands in our rough periods. And so we want to let men recognise the importance of being side by side with their female counterparts. In doing that, we know that the strength and ability to overcome is given ten times the power.”

Winston Anderson, Managing Director of Sandals Resorts in St. Lucia, said breast cancer is something that touches every business sector in St. Lucia, including team members, so it was an honour to be given the opportunity to partner with the MOH to further drive the awareness and education about early detection to staff and St. Lucia as a whole.

“We wanted to help to drive the message that breast cancer should not be seen as the end,” he said. “There is tremendous hope and with us and other businesses supporting the MOH and the Faces of Cancer, it only raises the chances more.”

Sandals has partnered with the said entities to launch the “Dollar For Dollar” Campaign, which invites businesses as well as the general public to donate to the Faces of Cancer and all the promotions that are taking place for the cause and they will match every dollar that is raised within the three properties in St. Lucia.

He is encouraging and inviting all business partners to join in the efforts.