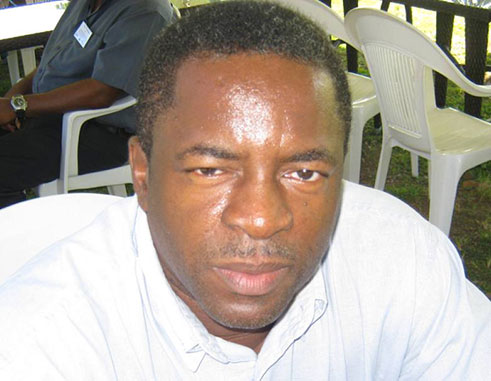 A leading architect is voicing the concerns of architects across the island wishing for a revision of the island’s building codes, as well as for old buildings to be torn down.

With many derelict and unsightly buildings taking up valuable space all across the island, Augustin Poyotte, Chief Architect in the Ministry of Physical Planning, says there is more at stake than their unsightliness.

Following the passage of hurricanes Irma and Maria last month — the two Category 5 hurricanes that battered Barbuda and levelled Puerto Rico and the Commonwealth of Dominica — there have been calls to rid the island of derelict and potentially deadly structures that would undoubtedly topple in the event that the island is hit by a similar weather system.

A much-needed revision of the island’s building code is also being called for in an attempt to protect St. Lucians from Mother Nature’s fury.

Poyotte said not only are the derelict buildings that occupy various lots costly to both building owners and the government but that they are also extremely hazardous.

He said: “I think that these buildings can pose a danger to the public. They should be demolished and I think the City Council alongside the MOPD are well within the ambits of the law to get that done. It’s just a case where the attitude has to be there to get that done.”

Poyotte suggested that in order to save time and money, building owners could partner with the Castries Constituency Council as well as his ministry to make demolition arrangements. Keeping the derelict buildings standing he said, is costlier than demolition.

With regards to the island’s building code, Poyotte said it is an old code that has been in existence for many years; however, there are ongoing discussions to have said codes revised.

He said: “It is happening across the OECS, and it is happening in St. Lucia. I think within the next, say, two months or so, it will be ready for Cabinet to give it its final blessings.”

Poyotte added: “Internally, it is being reviewed, but there’s a later review that will happen with the professionals. It has already happened at one level, but it’s going to happen again.”