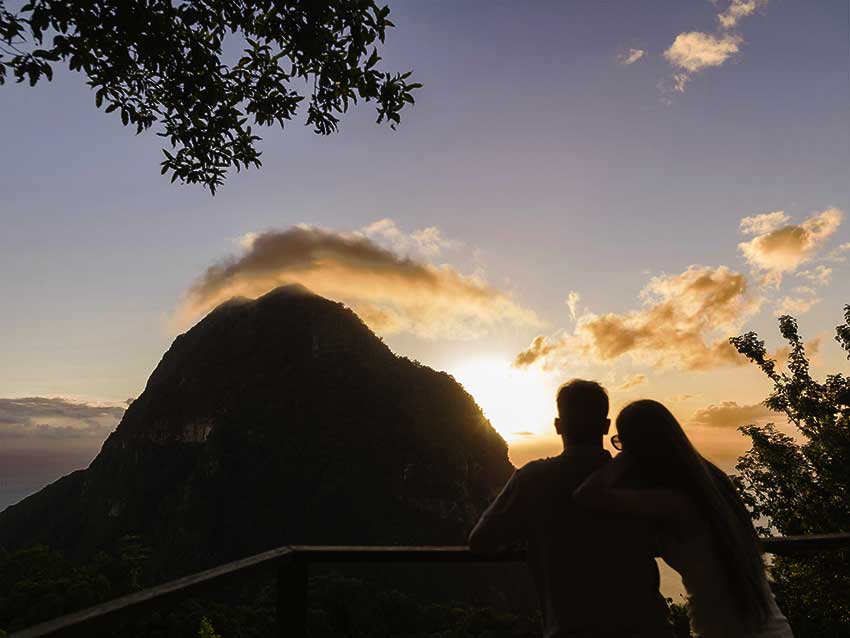 PRESS RELEASE – FOR the fourth consecutive year, Saint Lucia has been named the “Caribbean’s Leading Honeymoon Destination” by the World Travel Awards (WTA). The island has received the recognition in eight out of nine years since 2009.

World Travel Awards celebrates its 24th anniversary this year and is acknowledged across the globe as the ultimate travel accolade.

The World Travel Awards Caribbean & North America Gala Ceremony had been scheduled to take place at Beaches Turks & Caicos Resort Villages & Spa on Saturday, September 16, but was cancelled because of Hurricane Irma.

World Travel Awards President & Founder, Graham E. Cooke, said: “We congratulate the winners while commiserating with our friends in the Caribbean islands and Florida, Georgia, South Carolina, North Carolina and Alabama, devastated by the recent hurricanes. The heart-wrenching images of areas that have suffered destruction are very saddening to all of us at World Travel Awards. Our thoughts are with all those adversely affected.”

Saint Lucia was nominated in two other categories — for Leading Cruise Destination and Luxury Island Destination — along with nine Saint Lucian resorts and tour operators who were also finalists in their categories.

Agnes Francis, Executive Chair of the Saint Lucia Tourist Board, said: “This is a real honour. We are thrilled to have been recognised. We echo the sympathy and support for our sister islands at their time of recovery. However, 75% of the Caribbean region remains open for business and relies on tourism to thrive, so we look forward to continuing to welcome holidaymakers and honeymooners.”

World Travel Awards Ceremonies are widely regarded as the best networking opportunities in the travel industry, attended by government and industry leaders, luminaries and international print and broadcast media.

A full list of World Travel Awards’ Caribbean and North American winners can be seen at www.worldtravelawards.com/winners/2017