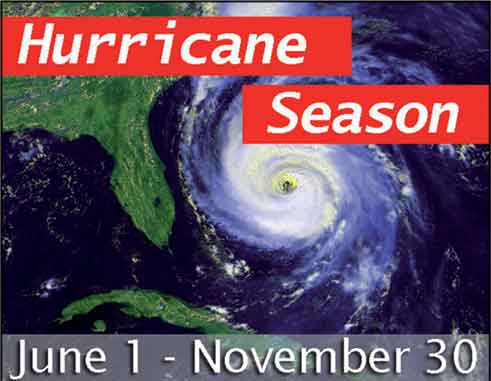 EVEN as Saint Lucians continue to count their blessings that the island was spared the wrath of Hurricane Harvey, the dangers that Hurricane Irma are reasons enough to not become complacent.

Over the past week, the images of destruction and loss of life in Houston, Texas where Hurricane Harvey eventually chose to leave its mark, have been horrific, haunting and seemingly hopeless for especially those who are experiencing it firsthand.

With three more months to go before the official end of the Atlantic Hurricane Season, anything can happen anywhere and at any time. As such, every precaution must be adhered to at least reduce the losses often associated with the catastrophic natural disasters.

One of the toughest challenges being faced by the authorities in Texas has to do with their responsiveness to the disaster. It is not uncommon to see officials coming close to tears as they explain how even their best efforts at providing assistance to those affected are being thwarted by the sheer magnitude of the deluge that swept away houses and disrupted normal life.

With all its natural and financial resources, it is evident that even Houston, the U.S.’ fourth-largest city (which, incidentally, is in the nation’s largest state) is realizing that not even financial resources can mend some problems that hit prosperous locales.

With Hurricane Irma still brewing, there are enough lessons around from which we all can learn, including choosing commonsense over complacency. The Houston debacle should not only reinforce the point that citizens must up the ante as far as taking all precautions seriously but should also be a reminder to especially disaster relief agencies and other crucial partners to strive for higher standards.

While no human force might be able to match that of a natural disaster, history has proven time and again that not being prepared for the worst eventuality can result in the worst of consequences. With climate change now playing a major role in the environmental make-up, a changing attitude towards recognizing the sheer strength of natural disasters must become a priority.