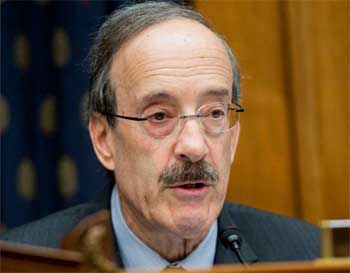 “I am heartbroken by the loss of life and damage caused by Hurricane Irma, even as the storm still churns toward the United States mainland. Images from the island of Barbuda — reportedly no longer habitable — are especially haunting. I urge the Trump Administration to assist our friends in the Caribbean and Puerto Rico with all available resources.

“In particular, the Administration must provide Temporary Protected Status to Caribbean citizens who lived directly in Irma’s destructive path but are currently residing in the United States and unable to return to their home countries. I plan to lead efforts to ensure that this happens. Congress must also get to work to make sure any needed disaster relief assistance is quickly appropriated for the Commonwealth of Puerto Rico and the Caribbean region where Irma did heavy damage.

“Earlier this year, the State Department and USAID released the U.S. Strategy for Engagement in the Caribbean, mandated by a law that I authored with Congresswoman Ros-Lehtinen. This strategy promises renewed engagement with the region and strengthened resilience against natural disasters. I urge the Administration to move quickly to respond to Hurricane Irma and then support the Caribbean in preparing for future emergencies.

“The Caribbean-American community represents a rich and vibrant part of our American fabric, and it will count on Congress and the Administration to support their family members in the days and weeks ahead. We cannot let them down.

“Finally, I stand with the millions of Americans in Florida, Puerto Rico, the U.S. Virgin Islands, and elsewhere who are in the path of Hurricane Irma. Especially in the face of major challenges, it’s important that we stand together as one country and, as with the recent disaster in Texas, Congress must move quickly to provide assistance to those who are affected.”