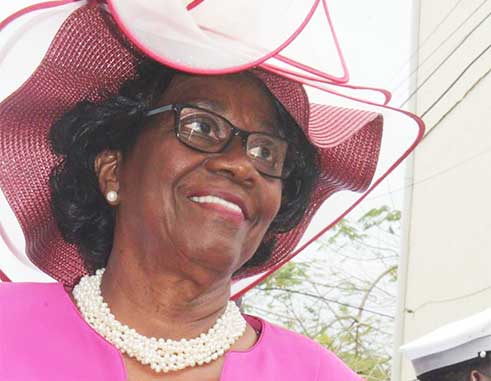 The programme of activities organised by the Dame Pearlette Louisy Legacy Committee in celebration of the 20th anniversary of her appointment as Governor General has been adjusted due to the passage of hurricane Maria.

The “Academic Evening” under the theme, “National Service and National Pride”, which was scheduled for Tuesday, September 19, will now be held on Thursday, September 21 at the Financial Administrative Centre at 7:00 p.m. The feature speaker will be Dr. Didacus Jules, with co-panelists Sr. Rufina Donat SJC, Reajean Montoute, Peter “Ras Ipa” Isaac and Henri-Jacques Mangal.

The cultural presentation, “Three Stools and a Piano”, produced by Dr. Adrian Augier and Drenia Frederick, will now take place at the Johnson Centre in Rodney Bay on Friday, September 22 at 8:00 p.m.

St. Lucians are invited to use this opportunity to stand in solidarity with the people of Dominica by making a monetary contribution at the door, which will be given to Her Excellency as part of her contribution towards the Dominica relief effort.