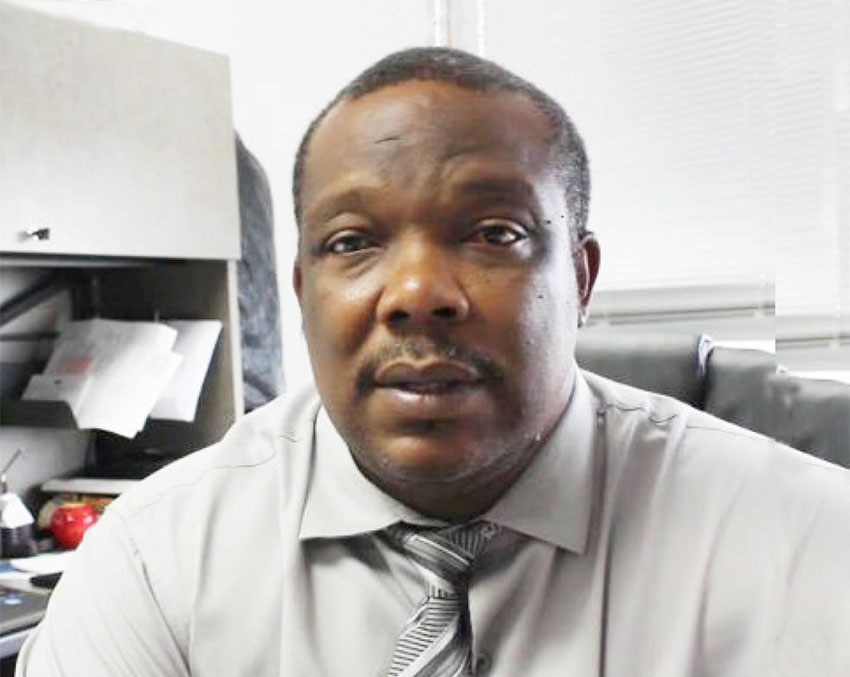 CHIEF Education Officer, Marcus Edward, says his ministry should not be the scapegoat in the Ave Maria Girls Primary School fiasco as they were not the ones who fell short of doing their part.

The VOICE spoke to Edward this week in response to the week-long closure of the all- girls school and, according to him, the Ministry of Education did not drop the ball.

Edward said: “The responsibility for infrastructural works at schools is that of the Ministry of Infrastructure (MOI). We identify the needs and, in dialogue with the MOI, let them know what the needs are. They make the requests to the Ministry of Finance, (which) has the budget for school repairs and so on. But our part is to identify what has to be done, assist with the prioritisation of what has to be done and, in the end, indicate our level of satisfaction with what is done.”

The school made headlines earlier this week after children either returning to or just starting at the learning institution were sent home for the rest of the week due to the school compound not being conducive for students and teachers.

In the infant section of the school, the concrete of the freshly-restructured stairway was not set and was poorly cordoned off. There was also dust from the construction work strewn all around the classrooms and furniture.

Lingering fumes from fumigation work done three days prior to the reopening date of school had adverse effects on both students and staff.

Edward said the ministry did what it had to do early enough, including making all the recommendations to the other respective ministries. The rest, he said, was out of his control.

“The processes go beyond just the identification,” he said. “The works have to be costed, contractors have to be identified…A lot of technical activities take place thereafter and there can be delays anywhere along those lines.”

Edward added that for reasons unknown, the contractor was mobilised late to do repairs at the school and decided to start construction of a staircase on the day before school reopened.

“That, to me, was absurd, really. It was essentially unknown to us in the ministry because had I known that, I would have asked for it to be stopped. But that was done and we got the assurance from the contractor that the place would be cleaned and everything else,” he explained.

It was for this reason, he said, the decision was made to close the school to allow the completion of works so that the students could return to school next Monday.

In relation to the issues with the termite infestation and the lingering fumes, Edward said this is an island-wide problem and thinks a national termite eradication programme is needed to tackle it.

Some people react to the toxic fumigation substance differently. While some will not be affected by immediate exposure to the chemicals, others will have lingering effects from exposure days later.

He said: “The persons who administered the service have indicated that after one day, persons can return to the environment. The teachers have been provided with the literature in terms of what is being used.”

Edward said he recognises and understands the frustration of the longstanding and ongoing issue of school closures, unpreparedness and facility deterioration. But the solution is not as simple as one might think, he said.

Estimates from the MOI, he said, put the total requirement for school repairs at more than $13 million. However, he said, for the summer, only about $900,000 was available to be spent.

He said: “The work is being done in patchwork to ameliorate the conditions. It’s not the best and when you do that, you find yourself going back to the same schools year after year.

“We have always maintained that what we need to do is to spend resources and time doing some major rehab at each school, so we know that at least for the next five to ten years, we may not have to focus on that school. But, of course, it comes with the resources and finance.”

Edward said he has and will continue to make the plea to the relevant ministries and authorities for the funding for what has to be done. However, he is asking that the public — and especially the parents – to bear a little more patience.

He said he feels the process needs to be revisited to ensure that the summer holidays are used to the fullest extent to ensure that all works are carried out timely, correctly and efficiently.

“We are not happy. If you recall, the Ministry is very serious to ensure that when we open the schools, we want to show to all concerned that we are serious. Years gone by, the first day of school was a half day. We decided that this does not convey to parents and students that we are ready for school. So we stopped the half day (routine) and ensured that whether it’s the first day or last day, you are there for the day. We don’t want to send any messages that we are not ready for school.”