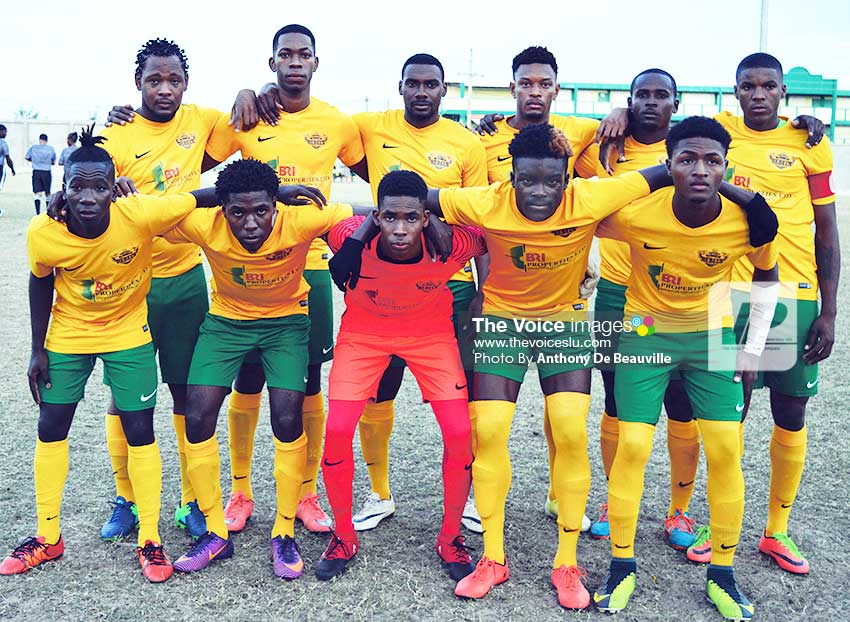 THIS Saturday, the Phillip Marcellin Ground will host the Vieux Fort Football League finals between Knights and Uptown Rebels in the Saint Lucia Football Association Promotional Competition. The two teams made it to the finals on Saturday evening with similar victories.

In the first semifinal, Knights played W. Mangue U and it was the Knights custodian, national and beach soccer keeper and gold medal winner at the recently-held Commonwealth Youth Games in the Bahamas, Vino Barclette, who kept W. Mangue U at bay.

It was nil-all at the halftime whistle and at the end of regulation time which saw the game going into the dreaded penalty shoot-out. During the shoot-out, Barclette again stood out and saved three penalties, thus allowing Knights to win 3-1 and book their spot in the finals.

The second semifinal featured Shamballa and Uptown Rebels and provided a bit more excitement than the first. Like the first match, the Shamballa goal keeper gave his team some serious hope. The match also ended nil-all and went into penalty shootout. Uptown was able to hold their nerve and defeat Shamballa 5-4.