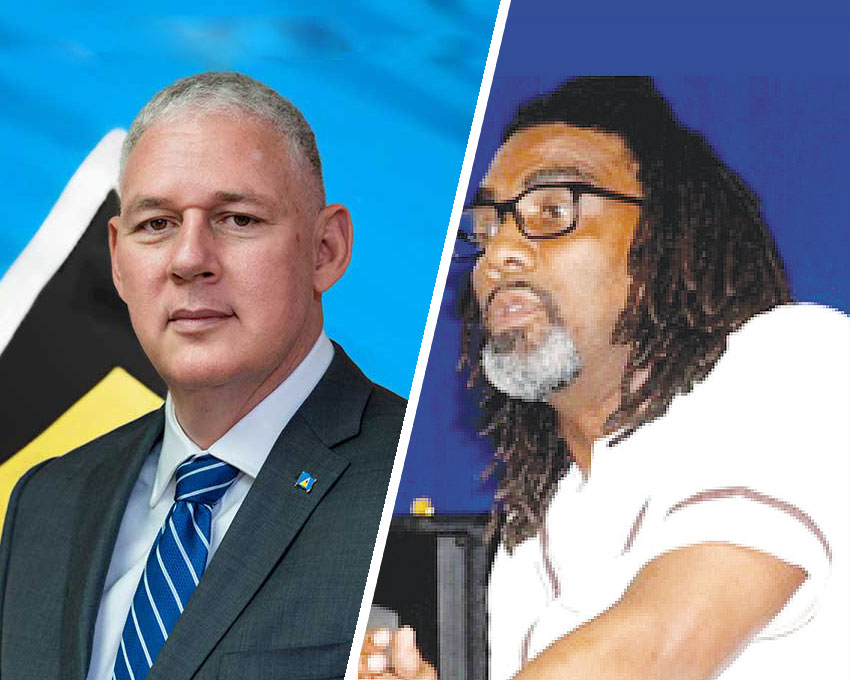 DR. Tennyson Joseph, a discredited politician by his own grassroots from the arts and crafts, fishing and agricultural village of Choiseul and Saltibus on the western coast of St. Lucia, continues to make a mockery of his positon as a lecturer at the Cave Hill Campus.

Joseph’s obsession with Prime Minister Allen Chastanet stems from the fact that his old boss of the St. Lucia Labour Party was overwhelmingly defeated as St. Lucians clearly rejected the left-wing policy advocated by Joseph.

Individuals like Joseph continue to dwell in a world of fantasy to their own creating without realising that the world has moved on. I distinctly recall having been briefed by a personal friend who had a one-to-one meeting with the former Prime Minister of Jamaica, Michael Manley, some six months before his passing on and Mr. Manley indicated that he created the greatest injustice to Jamaica when he moved the economy to the left.

Manley further indicated in his conversation that his heart was filled with sorrow for disrupting a thriving economy and, by extension, the lives of thousands of Jamaicans who were forced to relocate to the U.S. and elsewhere. As a gentle reminder, it should be recalled that it took JCA$1.10 to buy US$1.00 and today, based on the poor political decisions taken then, it takes JCA$120.00 to buy US$1.00.

We further need to revisit the Guyana economy which enjoyed a parity rate of GUY$2.40 to US$1.00 prior to the administration of Forbes Burnham. Today, it takes over GUY $200.00 to purchase US$1.00.

It is unfortunate that at today’s stage of our education system that an individual is engaged at one of our most recognized learning institutions like Cave Hill to be fuelling messages which do not resonate in today’s world.

What message is being sent to our young minds after a Prime Minister was democratically-elected yet Tennyson Joseph publishes an article within the local media indicating that business-persons should not be permitted to govern a country.

Unfortunately, Mr. St. Clair Leacock tried to put some sense in the head of Mr. Joseph, but appeared unsuccessful.

Joseph has written several articles in the past surrounding the current St. Lucia Prime Minister, which have been ignored but, hopefully, the board of directors of this learning institution will take note of these disparaging articles which remain meritless and take the necessary and appropriate disciplinary action against a lecturer passing on warped ideas to his students.