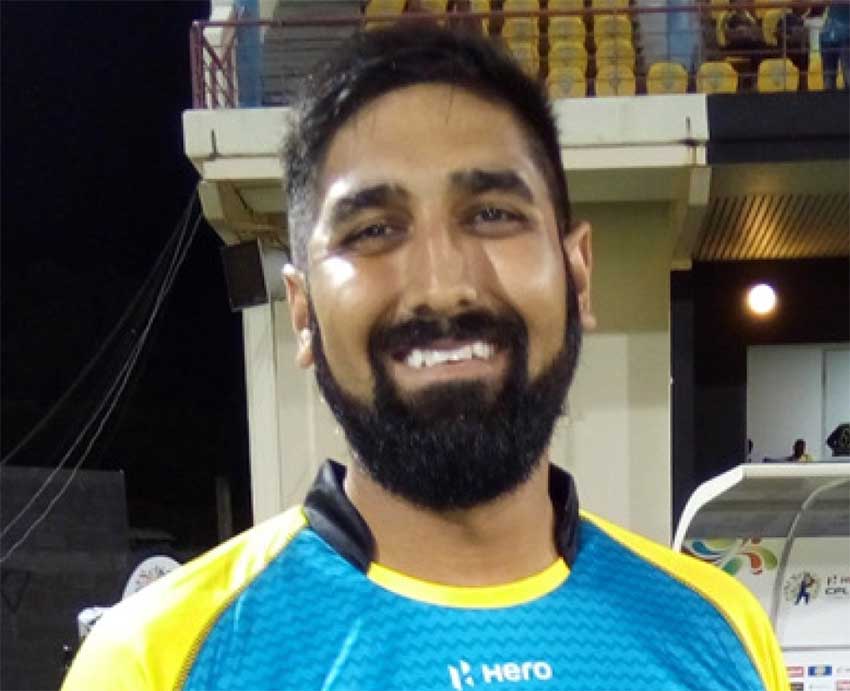 ST. LUCIA Stars’ sixth straight loss Tuesday night – this time to the Jamaica Tallawahs — was disappointing to fans. But the team’s management still has hopes of making it the number one team in the Caribbean Premier League (CPL) franchise.

In a post-match interview, Manan Pandya, the Stars’ Director of Public Relations, said that while the Stars’ home games have been disappointing, it must be noted that they are a new team and despite the transition from the Zouks was seamless, the team was relatively new.

“Our goal is very simple. St. Lucia Stars will be the number one team in the CPL; we just need the support and the time,” Pandya said. “The matches have not gone down in the direction that we initially hoped, but, being a new team, a brand new franchise… look at every game, they are getting better. The runs are going up. They are getting stronger,” Pandya said.

Placing a hefty score of 173 from their allotted 20 overs, the Stars at least had secured for themselves a fighting chance of giving the fans their first win at home.

Tuesday night’s encounter was gripping, a thriller that at one point saw the Stars heading towards their first victory in the tournament. But, like the saying goes, “Cricket is a funny game”, and the pendulum shifted in favour of the Tallawahs when in the 17th over of the Tallawahs inning, Andre Mc Carthy was dropped by KeddyLesporis, a costly error that sealed the fate of the Stars. In that same over, Foo was dropped.

Mc Carthy went on to score 61 not out, literally scattering boundaries all over the Daren Sammy Cricket Ground.

Senseless bowling in some instances added to the fall of the Stars despite valiant efforts by teammates Andre Fletcher (84 not out) and Marlon Samuels (54).

The Tallawahs batsmen fought tooth and nail to stay abreast and muster the 174 needed for the win.

The Stars’ grief deepened in the 18th over bowled by Mitchell McClenaghan, who at one point appeared to be the Stars’ saviour when he bowled Jonathan Foo with the first ball. Mc Carthy and ImadWasim tore him apart by taking 20 runs off the over and placing the game beyond the reach of the Stars.

From there, the Stars had lost their grip on the match, conceding boundaries and wide balls in the crucial three remaining overs, much to the chagrin of their fans.

Pandya said the team will remain the St. Lucia Stars despite the disappointment of the fans. He sympathized with the fans for the team’s poor showing and encouraged them to continue to air their views.

“Tell us what you like (and) tell us what you do not like. We are a brand new franchise. Starting from the ground up, we build from here to place St. Lucia on the map as the best franchise in CPL,” he said.