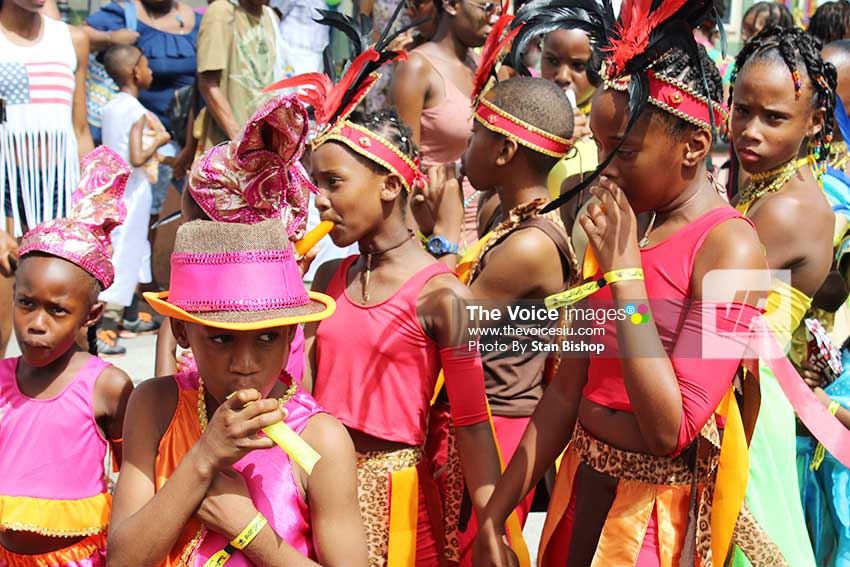 JUST US KIDS Carnival Band won their seventh consecutive band of the Year title on Sunday with their theme portrayal of “MkaliAfrika” (“Bright Africa”). The band won with 438 points.

Despite the decrease in numbers this year, the young revelers seemed to have had a great time eventually. However, the long delay in starting the event seemed to have taken a toll on many children who were forced to stand in the blistering sunshine before the proceedings finally began.