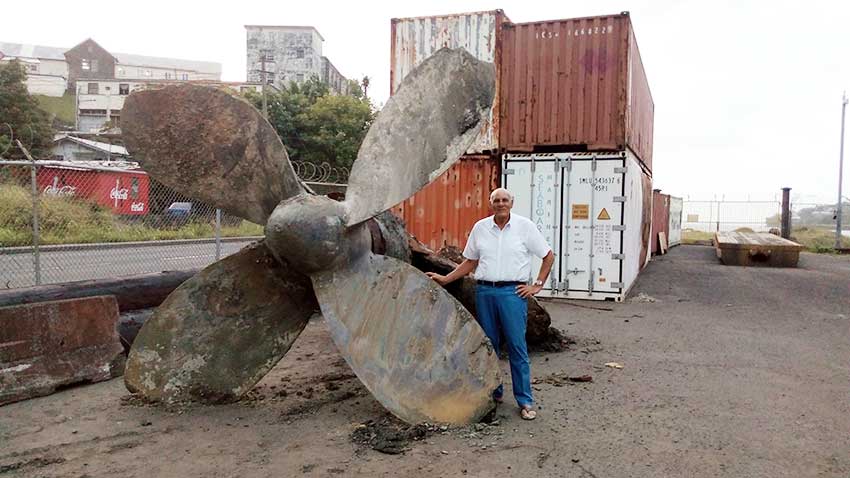 ON the morning of Tuesday, March 10, 1942 at the age of seven, I recalled a loud blast which encompassed the city of Castries. I recall my parents looking out of their window at 29 Brazil Street where we were born and raised and talking to many persons in the city who indicated that they received instructions from the authorities to head to the hills for safety as the City was under attack.

To make a long story short, it turned out to be that two German U-boats had entered Port Castries and torpedoed both the Lady Nelson and The Umtata, striking the propellers and steering gears to ensure the prolonged disability of both vessels.

Subsequently, an enormous man-made net consisting of a huge metal chain with large metal buoys capable of suspending the chain in open waters were set up at nights to avoid any further attacks.

History Completed in October 1928. In October 1939 the Lady Nelson was requisitioned by the Royal Canadian Navy as ocean boarding vessel (OBV), but the conversion was not completed and the ship was returned to the owner.

Post-war:
1946 decommissioned as hospital ship and used as troop transport. In October 1946 returned to owner and resumed service until November 1952. 1953 sold to Egypt and renamed Gumhury at Misr for Khedivial Mail Line, Alexandria. 1960 renamed Alwadi for same owner. 1968 broken up in Egypt.

Notes on event At 04.49 hours on 10 March 1942 U-161 fired two torpedoes into the harbour of Port Castries, St. Lucia. The first torpedo hit the Lady Nelson which caught fire and sank by the stern in shallow waters. The second torpedo struck the Umtata, which also sank by the stern. However, both vessels were later salvaged and repaired.
Three crew members and 15 passengers of the 116 crew members, 110 passengers and two gunners aboard Lady Nelson and seven dock workers were lost. On 16 April the ship was salvaged, temporarily repaired and left for Mobile on 11 May. Later converted to a hospital ship for 518 patients and commissioned on 22 April 1943.