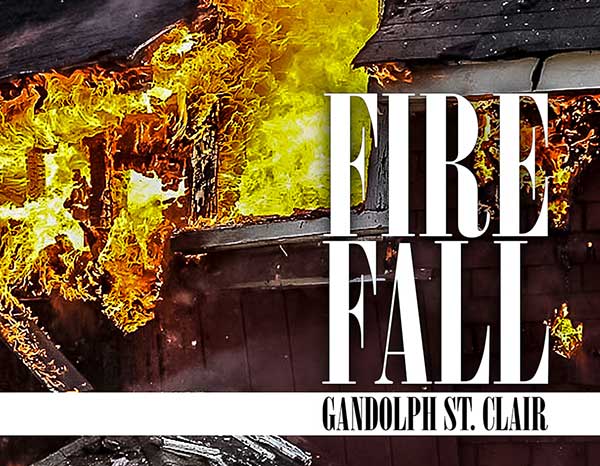 PRESS RELEASE – In commemoration of the June 19, 1948 devastating fire in Castries, Gandolph St. Clair has released “Firefall”, a historical, fictional, short story based on the 1927 and 1948 fires, which destroyed Castries, the capital of St. Lucia.

Specifically, the story deals with the fast-paced trauma of the 1948 scenario, with references to the 1927 inferno. Both fires flattened about a third of the structural space of Castries.

The main characters are the Collymore family, comprising a Barbadian migrant, Thomas — who became a policeman and, by extension, a fireman — his wife, son and daughter. It is, therefore, their story which unfolds as they combined limited resources to fight the elemental fire.

During the Second World War, the Germans torpedoed HMCS Lady Nelson and Umtata while they were berthed in Castries, on March 22, 1942, leaving twenty three people dead, destroying both ships. It is now sixty-nine years since the American forces based in Vieux Fort travelled to Castries to assist the St. Lucia fire fighters in quelling the fiery fire of June 19, 1948.

As “Firefall” ends, on the following morning, we find a young poet, rummaging through the scorched earth and poignantly tells the confronting Sergeant of his intention to write an immortal poem. The young man’s name was Derek Walcott.

This second edition of “Firefall”, after sixty nine years, contains fifty photographs of the New Castries, in tribute to the resilience and determination of the citizens of Castries being a progressive beloved Caribbean city.

“Firefall” is currently available on amazon.com, published by Abbeystone Productions, photography by the author with inset and cover design by ClendonBiscette of Full Spectrum Design. An official launch is earmarked for mid-July.