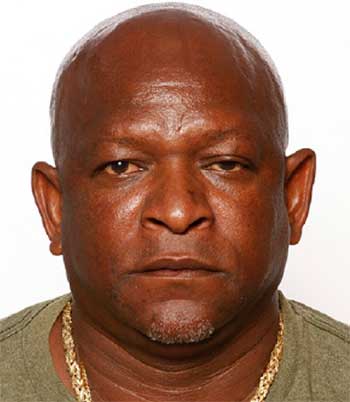 PRESS RELEASE – AS clichéd as it sounds, it is nonetheless the unadulterated truth; he was a soldier to the very end. It was Cicero who said that: “Nothing is more noble, nothing more venerable than fidelity. Faithfulness and truth are the most sacred excellences and endowments of the human mind.”

There were few things in life which John “Fox” Benjamin loved more than the Saint Lucia Labour Party, few individuals he appreciated more than Kenny D. Anthony. Social media is plastered with photographs of his Party and the man he fondly referred to as Chief.

On Tuesday, the Labour Party lost a cherished member and a loyal supporter. No location was too distant for “Fox” to travel and no meeting too small for him to have been in attendance. He was forever the life of any event at which he was present.

“Fox” was loved by so many, a love and affection which cut across political lines, never mind his fierce loyalty to his Party. He was just that sort of individual where people were important to him. That is why even those who did not share his political views had little difficulty in engaging him professionally. Indeed, it was not unusual to see “Fox” at work with the most ardent supporters of other parties. They, too, will miss his personality if not his politics.

SLP Political Leader, Philip J. Pierre, in paying tribute to the party stalwart, said very few came close to “Fox” with regard to supporting the Labour Party. He recalls that Fox was among the first to extend congratulations upon his ascension to the Party’s top job.

Remembering his friend, former Party Leader Kenny Anthony, had this to say: “Words cannot describe the pain and despair I feel over the untimely passing of my beloved friend. He touched many lives and brought laughter and joy where it was needed most. My heart is heavy. I will miss him.”

As we say farewell to our loyal supporter, we echo the words of Landon that “We have no parting sigh to give, so take our parting smile.”

Farewell, John Benjamin, farewell “Fox” and may you forever rest in peace.