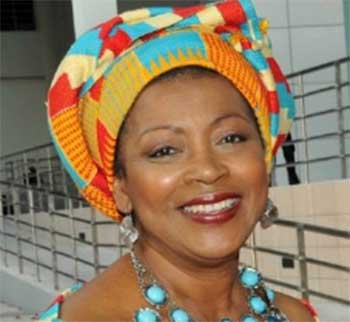 Charles was a former Resident Tutor of the School of Continuing Studies in Saint Lucia (now The UWI Open Campus) who dedicated her life to the furtherance of the arts, education and culture in her adopted home, Saint Lucia. Established in 2010, the Patricia Charles Memorial Lecture celebrates her life and work and has become a much-anticipated fixture on The Open Campus Saint Lucia’s annual calendar of events.

Delivering the lecture will be Professor Verene Shepherd, University Director of the Institute for Gender & Development Studies and Professor of Social History at the Mona Campus of The University of the West Indies. Professor Shepherd’s lecture, “Education, Social Justice and Advocacy: The UWI to the World”, while paying tribute to the honouree, will also zero in on Charles’ interest in history, heritage and advocacy and illustrate how, as a newly-positioned “activist University”, The UWI has been responding to regional and international discourses and needs.

She will argue that The UWI’s Faculty, with signposts from those who have gone before, have never imprisoned themselves within the walls of academia, but have shown relevance in public education using strategies, media and methodologies of which the honouree would have been proud.

We invite the public to join us for what is sure to be an engaging delivery and an excellent opportunity for frank discussion of The UWI’s role within the wider region and indeed the world.

Professor Shepherd’s area of academic specialization is in African & African-American History, Gender & Migration Studies within the specific fields of Slavery and alternatives to the sugar economy in 18th and 19th century Jamaica; Migration and the Asian diaspora in the Caribbean; and Gender discourses in Caribbean history.

A much-sought-after public speaker on issues of human rights, the enslavement of Africans, labour, migration and gender, Professor Shepherd has lectured on her areas of specialization in several countries around the world. There are those who say that the only place that has not invited her to give a lecture is Antartica!

A prolific author, Professor Shepherd is author, co-author, editor, co-editor and compiler of some 16 books, among them Women in Caribbean History; Engendering Caribbean History: Cross-Cultural Perspectives; Livestock, Sugar & Slavery: Contested Terrain in Colonial Jamaica; Transients to Settlers: The History of Indians in Jamaica; Maharani’s Misery: Narratives of a Passage from India to the Caribbean and I Want to Disturb My Neighbour: Lectures on Slavery, Emancipation and Post-Colonial Jamaica.

An activist scholar, Professor Shepherd has never imprisoned herself within the walls of academia but has maintained a rigorous schedule of outreach and advocacy activities around issues of history and social justice, locally, regionally and internationally. Her Talking History Programme, aired locally in Jamaica, is a top-ranked programme and used by students across the Caribbean in preparation for school exit examinations in History.

In her commitment to public service, she has served on various boards, committees, commissions and steering committees and received several awards. From 2010 to 2015, she served as a member of the United Nations Working Group of Experts on People of African Descent (WGEPAD), serving as the Working Group’s Chair from 2011-2014. It was while serving as Chair of the WGEPAD that her contributions assisted in shaping the Programme for The International Year for People of African Descent, which ultimately led to the commemoration of the United Nations’ Decade for People of African Descent. She is co-chair of the Jamaica Reparation Council and a Vice-Chair of the CARICOM Reparation Commission.

In 2013, she was awarded the Order of Distinction, Commander Class by the Government of Jamaica for outstanding service to Education in particular History Education and Gender Studies. In 2014, she was among those who received the 9th Marcus Garvey/UNIA Award (Jamaica). In June 2015, Professor Shepherd made history as the first Jamaican and CARICOM citizen to ever be elected to serve on the United Nations Committee for the Elimination of Racial Discrimination (CERD) in its over 50-year history, and received the highest number of votes of any candidate. In 2016, she received the UWI Vice-Chancellor’s Award for Excellence in Public Service and in 2017 she was included among those who graced the Black Achievement Wall of Honour at the UN, New York alongside President Barack Obama, Derek Walcott, Toussaint L’Overture and Rosa Parks.