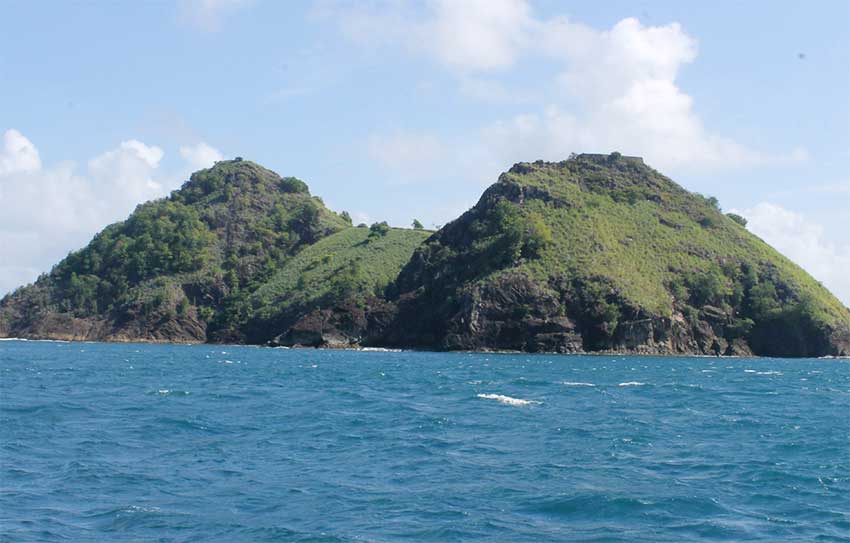 “I disapprove of what you say but I will defend to the death your right to say it.”– Beatrice Hall

The ruins on Pigeon Island speak of an era when empires shaped the world and countries knelt at the feet of monarchs. They remind us of “times when nations battled”, of blood spilled over the ownership of land, of millions of souls dispossessed and rendered chattel and of revolutions that were the black race’s gateway into the modern world.

In the mid-1970s, Pigeon Island rose to the forefront of national consciousness. During the construction of the causeway, wealthy developers lusted over the island and sought to privatize its use. Our leaders at the time, most notably John Compton, Julian Hunte and Robert Devaux, were inspired to take action. The country came together — red, yellow, black, white — and made one of our earliest democratic decisions as a nation: to form the National Trust as the protector of Pigeon Island and our patrimony.

Pigeon Island is far more than a tourist attraction or a recreational park. It is a symbol of Saint Lucian democracy. What is democracy? The opening quote by Beatrice Hall says it all. No man has omnipotent power to design a country in their image without the checks and balances of opposing voices.

Now we have come full circle in our history, where Pigeon Island is once again seen as a potential site for tourism development. And once again, our democracy is put to the test. The National Trust is at the forefront of that issue. At the opposite end of the spectrum appears to be our Prime Minister, who by his admission invited Dolphin Discovery to our national landmark and who, seemingly in retaliation against the Trust for its opposition to his plans, attempts to financially cripple the organization.

Are we to believe that reducing government funding to the National Trust from $700,000 to 0 is a cost- cutting measure? If such drastic steps are in order, certainly we should expect to see similar 100% cuts to costly foreign consulates, ministers traveling and living expenses. What about cuts to salaries and consultants or is it just the National Trust that is costing the country money? We all know the country needs to cut costs but the government also has a responsibility to protect areas of ecological and historical importance. The value of these areas cannot be measured in any physical currency.

The use of Pigeon Island remains a very powerful trigger point for Saint Lucians. Just as this issue led to the creation of the National Trust in the 1970s, today it will lead to a strengthening of the organization. Trust meetings have been packed and there has apparently been an increase in membership. People from all walks of life, who would not normally speak out on issues that may be painted as “political”, are standing up to say they have had sleepless nights over the government’s plans. Artists, businesspeople, journalists, the average man and even members of the clergy have been inspired to contribute their voices to this issue. The government may revoke the National Trust’s funding but the people of Saint Lucia will not be silenced. I believe the government will find that in trying to silence the Trust, it has created a monster.