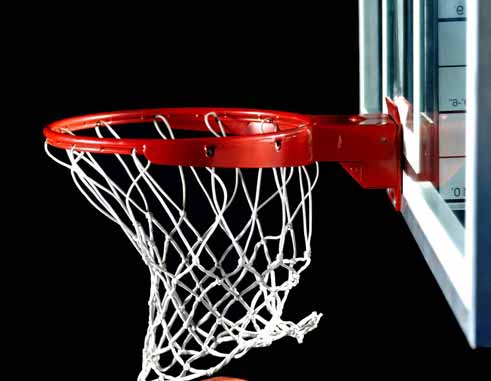 GAMES in the 2017 KFC National Basketball League Championship continued last evening when Courts Jets 2 played Police and tomorrow one game is on the card as VBCC takes on Basket for the Future (BFTF) at the Vigie Sports Complex from 7:00 p.m.

Meanwhile, the group stage has hit the halfway mark with some exciting displays of local basketball talent as four games were played between two locations last Saturday.

In the first game at the Vigie Sports Complex, VBCC delivered a 92-49 thrashing of Dennery scoring being led by LanseProspere with 23 points and 5 steals. KFC Player of the Game, Simeon Medard, finished with a balanced 23 points, 5 steals and 5 assists. Desmond Vidal finished with 22 points and 16 rebounds for Dennery.

Run ‘n’ Gun defeated Basketball for the Future (BFTF) 83-68 in the second game at the Complex. KFC Player of the Game, Rahim Auguste, finished with 24 points and 13 rebounds for Run ‘n’ Gun while Ron Dumurville led BFTF with 17 points and 11 rebounds.

Action moved down to Dennery where the Combined Schools were unsuccessful in their bid to win their first game of the tournament, being defeated by Micoud 51-42. KFC Player of the Game, Canada St. Catherine, led Micoud with 18 points, 10 rebounds and 7 steals while Frederick Jn. Pierre scored 16 points and 11 rebounds for the Combined Schools.

Meanwhile, last Wednesday at the Vigie Sports Complex, VBCC Warlords delivered a 74-53 defeat to the Police led by KFC Player of the Game, Marcian Calderon, who put up a near triple double of 22 points, 18 rebounds and 9 steals. Simeon Medard was also a force to be reckoned with throughout the game contributing 16 points and 7 rebounds. Shervon Matthew finished with 16 points and 16 rebounds for the Police.

In the second game, Vieux Fort’s Run ‘n’ Gun secured a win on their home court, defeating Dennery 62-57. In their losing effort, Desmond Vidal continued his consistent play with 33 points, 17 rebounds and 5 assists for Dennery while ZephtonFontelio was Run ‘n’ Gun’s top scorer with 16 points.