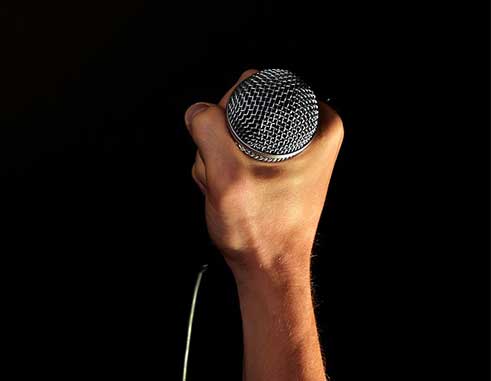 PRESS RELEASE – THE Augier Combined School held its first-ever Calypso Festival on Sunday at the school under theme, “ACS IN KAISO”.

The festival was part of the school’s reading activity for the month of May, which has the theme “Reading Grows the Imagination, Discover the Author in You”, which gave teachers and students the opportunity to collaborate and write in preparation for the festival. Nearly all the songs performed were composed by teachers and students as classroom projects.

The individual student calypsonians who competed were Lady Knightingale, Sabrina, CJ, Ajani, Delson, Skyler and Jady. The students gave very good accounts of themselves in their performances and had the patrons applauding heavily. The songs performed were a variety of humorous and social commentary, which were musically arranged by Tony Wilkinson, music teacher and coordinator of the event.

The musical accompaniment was provided by the Vieux Fort Comprehensive Secondary School Students Band with support from a brass section from the Royal St. Lucia Police Band. They played wonderfully. The MC for the event was popular female soca artiste, Sergie. There were guest appearances by Oshun, Teddy Boy, Sergie and MokoFlixx Dancers.

The event was well-received and the patrons requested encores from all the student calypsonians, who each reappeared on stage and performed a verse and chorus of their songs. By all accounts, the event will most possibly be an annual staple event at the school.

The school would like to thank everyone, including the Director of Music and members of the Royal St. Lucia Police Band, the Principal, Staff and Students of the Vieux Fort Comprehensive Secondary School, PTA of the Augier Combined School, the students who performed, parents of the students, MC Sergie, all the guest performers, Tony Wilkinson, Mahurney Augier, Jahly Josie Sounds, Principal, Teachers and Staff of the Augier Combined School for their contributions to making the event a success.