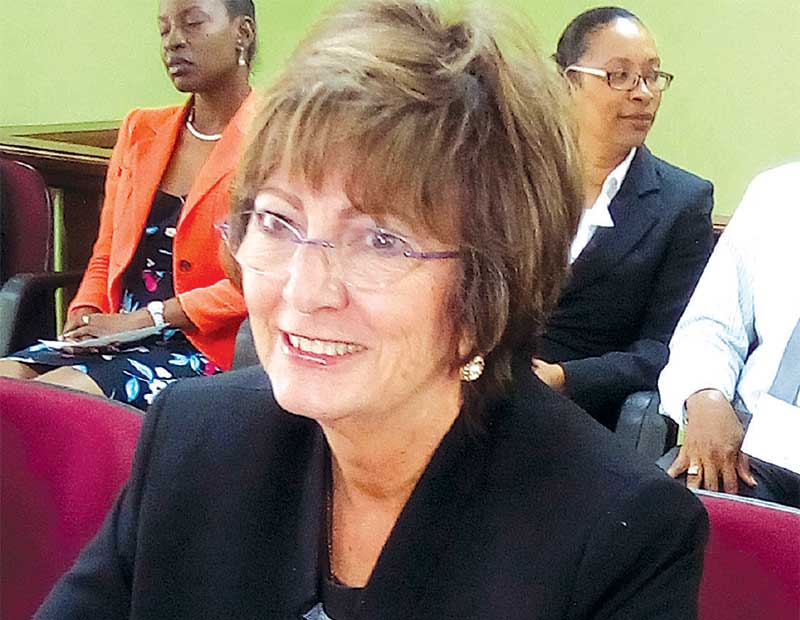 THE United States of America is working with small island states in the Caribbean, like St. Lucia, in reintegrating deportees into the society.

Ambassador to Barbados and the Eastern Caribbean Ms. Linda Taglialatela told reporters Thursday that while the deportation issue is not new and that the United States, like any other country in the world, has the authority to deport persons who have committed and have been convicted of a crime, she understands the problem this poses to countries like St. Lucia.

“I understand this is an issue, particularly for the small islands because they don’t have systems by which they could adequately bring those persons back to the country and reintegrate them. This is something we have been talking about with each of the Caribbean islands and we want to figure out how best we can assist in developing support systems for those individuals,” Taglialatela said.

The Ambassador was in St. Lucia to hand over laptops, desktops, filing cabinets, printers, scanners and other office equipment from her government to the Department of Justice Crown prosecutions Service unit.

St. Lucia, like other Caribbean countries, has expressed concerns about the harmful impacts of deportees on policing and safety in their countries. And just last year Prime Minister Allen Chastanet admitted that St. Lucia has a deportee problem.

Concerns about deportees, especially those who have been convicted of a crime from developed countries, have been long standing in St. Lucia.

Some of those deportees are said to have either engaged or are engaging in criminal activities that pose a challenge to crack down by law enforcement officers.

Local leaders have complained about the sophistication of some criminal acts conducted by deportees and have asked the United States and other developed countries to assist them in handling deportees with criminal records.

Ambassador Taglialatela also spoke of wanting to figure out how best her country can assist in developing the support systems in St. Lucia for deportees. However she was firm in her belief that the United States has the authority, like any other country to deport persons back to their homeland.

“The people we are deporting back to countries are individuals who have come to the United States and committed crimes for which they have paid their dues. They are not United States citizens. Under international treaty we are allowed to send them back,” Ambassador Taglialatela said.