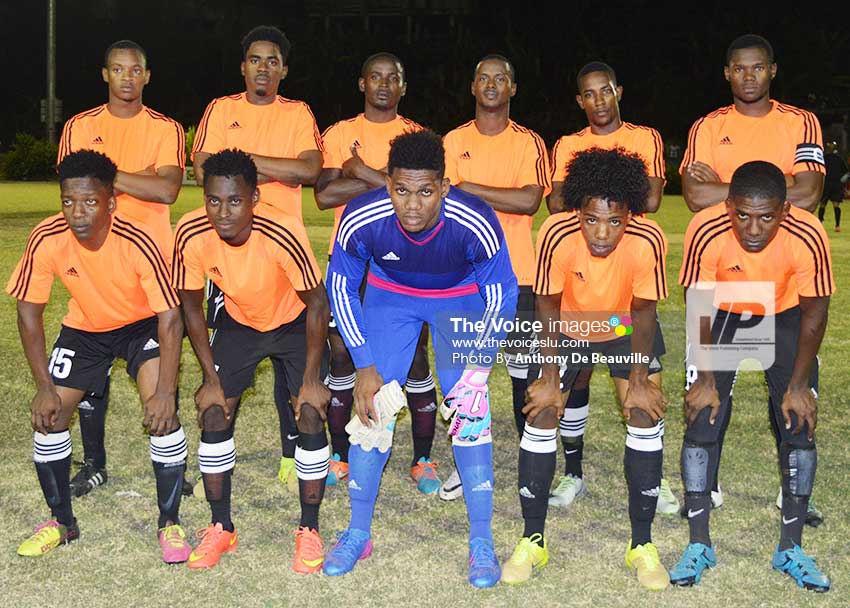 With a 2-1 win against Marchand and a 1-4 defeat against Mabouya Valley, Micoud cannot afford to take this evening’s matchup for granted as South Castries have signalled their intention by making a bold statement in defeating one of the tournament favourites, Dennery, 1-0.

The second game this evening is scheduled for 8:30 p.m. and will see group leaders, Mabouya Valley, (3 points from two games) playing Marchand (3 points from 3 games) in a similar contest. MV is most likely to start as favourites against the East Castries boys and a mammoth crowd is expected to take in the showpiece.

Meanwhile, on Tuesday night, supporters from the various teams came in their hundreds to take in the action as matches continued in Group D. Both Marchand and Dennery picked up one point for their drawn game, while home team Mabouya Valley edged out defending champions Micoud 4-1 in a keenly-contested affair.

Ridel Stanislas put Dennery ahead in the 41st minute, to seize the halftime advantage after both teams failed to put away their chances, which saw former national goalkeeper Abraham Mentor making two spectacular saves between the uprights.

On the resumption, Marchand, needing a win, showed some urgency on the pitch and found the much-deserved equalizer when Percius Narcisse’s 76th minute strike made it 1-1.

KermichaelSexius put Dennery ahead for the second time in the encounter in the 85th minute, while Andrus Remy made it 2-2 in the 90th minute, his fourth goal in three matches.

It was time for the big one, dubbed ‘Eastern Titans’, featuring Mabouya Valley and defending champions Micoud, squaring off in front of a crowd estimated to be over 3500. Lenus Alphonse opened the scoring for Mabouya Valley in the in the 17th minute, while Vernon Abbot made it 2-0 25th minute to silence the Micoud crowd, heading into halftime.

On the resumption, the atmosphere was electrifying as it was an all even as both teams made several attempts to score. Abbott later scored again in the 88th minute but Salim Joseph pulled one back for Micoud in the 90+1 minute of play, while Abbott took his tally of goals in the match to three in the 90+3 minutes when a MV player was fouled by a Micoud player in the penalty area, resulting in referee Timothy Joseph awarding a penalty. Abbott has now equaledMarchand striker Andrus Remy’s four goals.