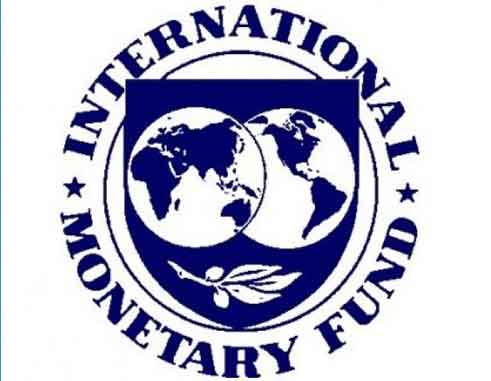 WASHINGTON, CMC – The International Monetary Fund (IMF) is predicting that St. Lucia will record economic growth of 0.5 per cent this year driven mostly by continued strong performance in construction and agriculture.

It said higher import prices, including oil, will cause inflation to rise temporarily and, together with weak tourist expenditures, will contribute to widen external imbalances.

“With slow progress in cleaning up their balance sheets, banks are expected to further shrink their loan portfolio. While the forthcoming budget should bring some clarity about fiscal policies, in the absence of corrective measures, rising interest payments will add to expenditure pressures, leading public debt to an unsustainable path.”

“Unless structural reforms are implemented, rigidities in the labour market, high costs of doing business, and low external competitiveness will continue to weigh on growth,” the IMF added.

It said in the short term, construction and agriculture should continue to perform strongly while growth in tourism, which should be driven by consistent inflows of United States tourists, new flights, and new hotels, could be stifled by the new airport tax.

The Washington-based financial institution said slow progress in cleaning up bank balance sheets limits the extent to which banks can help sustain growth.

“In the medium term, rigidities in the labour market, a costly business environment, and low external competitiveness severely limit growth prospects. A comprehensive reform programme is needed to appropriately address key weaknesses and improve growth prospects, but downside risks, both external and domestic, dominate the outlook.”

The IMF said that the deterioration of the fiscal position, which has been accelerated by the recent fiscal package, should be addressed promptly and decisively in the context of the forthcoming budget.

It said that in the absence of corrective measures, financing difficulties will increase and force inefficient fiscal adjustment—typically by reducing already low capital spending—with negative effects on growth.

“At the same time, public debt will continue to increase with unsustainable dynamics. The financial year 2017/18 budget therefore presents an opportunity for the authorities to demonstrate their commitment to fiscal responsibility and clarify their intentions on a broad range of policies.

“A more stable fiscal position and reduced uncertainty about the government’s economic programme would pave the way to stronger domestic and foreign investment,” the IMF said.

The financial institution said that corrective measures should be supported by a multi-year consolidation plan to attain the 2030 debt target of 60 per cent of GDP.

“The consolidation plan should address the need to prepare for the inevitable recurrence of natural disasters. To be consistent with the authorities’ intention to reform the tax system and reduce tax burdens, the adjustment effort could focus on broadening the tax base, controlling expenditure, and improving financing terms.

“The planned increase in the airport tax should be reconsidered if its negative growth effects do materialize. A reduction in the wage bill should be targeted through continued wage restraint and attrition,” the IMF said, adding that social spending should be preserved and reoriented from temporary work programmes and non-targeted subsidies to targeted social assistance.

The IMF said that concessional lending, rather than costly bond issuance, should be used to finance much-needed investment in infrastructure, renewable energy, and natural disaster resilience, and partnerships with the private sector should be used when feasible.

“If enough fiscal space can be created, considerations should be given to reducing high taxes and duties on imports, which harm external competitiveness.”

The IMF said good governance of the citizenship by investment programme (CIP) and of the sovereign wealth fund is essential to minimize risks and ensure good use of these additional resources.

“The recent changes to the CIP could provide a welcome boost to fiscal revenues. These revenues, however, are very volatile and the authorities’ decision to collect these funds in a sovereign wealth fund reduces the risk of fiscal dependence.

“As in other countries, the CIP entails significant reputational and financial integrity risks, which could be minimized by strict adherence to the highest standards for due diligence, governance, and transparency.”

The IMF said that the same principles should apply to the wealth fund, which should follow transparent criteria in its operations.

“Addressing remaining weaknesses in public investment management would ensure that only high-yield projects are selected. In view of the high public debt, priority should be given to its reduction,” the IMF added.