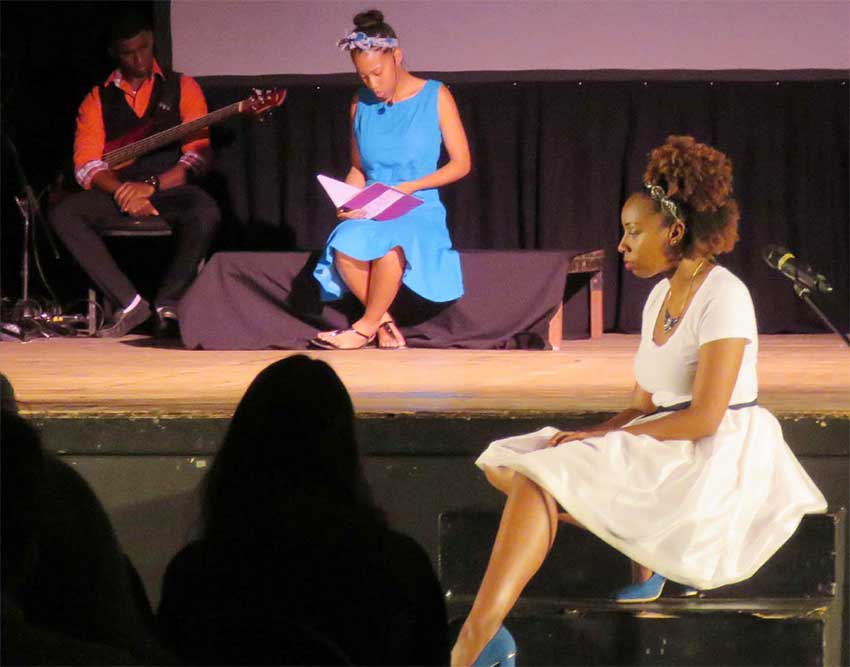 A stark realisation was made about the mindset of the nation on an evening activity that was meant to highlight the progresses and the importance of a big day for a particular group Wednesday evening.

As the world celebrated International Women’s Day (IWD), the Artistic Director for a local event entitled “She.lc” was none too pleased about the response leading up to and on the day of the show which was carefully put together to showcase the life and evolution of women in St. Lucia.

Kentillia Louis told The VOICE the show was three months in the making with one and a half months of careful and extensive research included in the production. She said the show also featured an entire cast of young persons who made her extremely proud of their hard work, dedication and the finished product.

However, Louis said it was disappointing and disheartening to see the way St. Lucians failed to show much interest of such an event, even though it was free and family friendly.

So disheartened was the Artistic Director about the lack of support, that when asked whether the movement encouraged by the production would continue, she said: “At this point in time, I mean, I’m very happy that the embassies have come on board and Advance Intellectual Methods (AIM) who are always on board to assist as well as the radio stations to help me to push the PR and get the message out there, but we lack a social consciousness in this country, and so I can’t tell you what’s going to happen.

“Notice where the support came from, notice it came from overseas persons or government representatives who understand the importance of things like this. Somehow it hasn’t caught on here yet, but then we wonder why the society is how it is? Of course it is that way and it will always be that way until we realise that we have to find ways to have these discussions, and the arts have always been the way to give us a taste of society’s soul to make us discuss, feel and have that cathartic moment to help us move on.”

Louis said had larger numbers shown up, they would have enjoyed an event that used the arts to spark a discussion and exploration of the woman and the relation to archetypes and stereotypes.

She said: “We tend to lock women into roles. Yes some of tem can be functional, but some of them can be restricting, and today was just about making people think.”

The show was an amalgamation of dance, plays (including pieces about a working mother who prostitutes herself to feed her child, as well as “Jamet vs. Proper Woman” which looked at the two lifestyles of different women who want the same things in life)

Even though the event was to commemorate IWD, there was an inclusion of males who participated to show that womanhood is not one-sided.

Louis said: “You had combinations, because we’re all affected by what we call women’s affairs and men’s affairs.”

Wednesday’s event was the second edition of the show that took place last year.

Lending their support was the Alliance Francaise, the Mexican and Spanish Embassies and the Ministry of Gender Affairs.

Louis also expressed special gratitude to Arthur Tisson of MCE Sounds who she said has always come to her aid whenever she needs it, to provide her with top notch sound services.