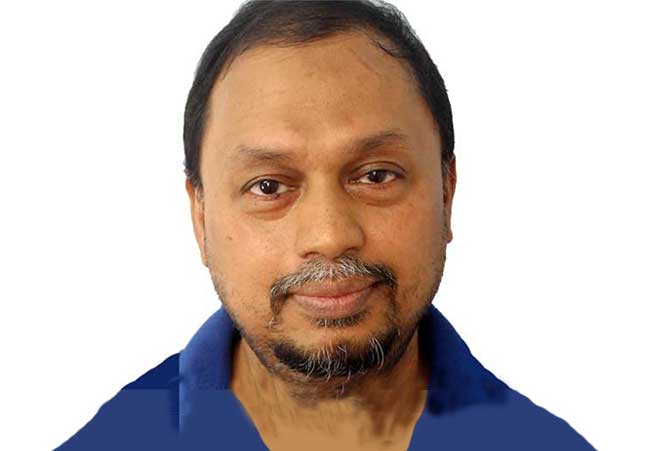 BELEAGUERED Lambirds Academy President Dr.Iftekar Ahmed Shams of Bangladesh has complained to Human Rights International (HRI) about the treatment he endured in St Lucia that resulted in his arrest and incarceration and closure of his educational institution.

Now HRI Secretary General barrister Monwar Hossain has written to Prime Minister Allen Chastanet urging him to ensure justice for Shams and three of his colleagues who are facing charges of human trafficking here following his arrest.

The Lambirds academy was one of the issues that confronted the Chastanet government when it assumed office in June 2016. In his letter Hossain thanked Chastanet for appointing a new Director of Public Prosecution (Mr. Daarsean Greene) “who has quickly taken care of” one of the charges against Shams, that of obtaining property by deception.

Originally Shams was charged with human trafficking, obtaining property by deception and money laundering. The money laundering case was dismissed in a magistrate’s court in June 2015 and he has agreed following a mediation process to pay $1 million in restitution to students who suffered as a result of the closure of the school by police earlier that year.
The human trafficking charge is still in the courts and Hossain has promised to appeal all the way to the Privy Council in England if needed “to prove the innocence” of Shams and the others.

Hossain told Chastanet: “….the resolve you showed to bring this matter to a quick end is very laudable. Kindly render our thanks to DPP Greene as well. Please help these innocent four.”

Hossain also wants St Lucia, “once the human trafficking trial is over and hopefully he (Shams) is found not guilty”, to write to foreign banks in the United States and Bangladesh to “unfreeze” Shams banks accounts, which were frozen “based on the request from St Lucia”.

In addition, the HRI Secretary General wants the Prime Minister to let those governments know that Shams is innocent and suggests that Shams and the three others “must receive a clean police record before they leave St Lucia”.

Hossain added: “That’s the least they must have for all the wrong that has been done to them”.

He also had other suggestions “to make things right”. Including allowing the four “reasonable time” to salvage whatever they can before going back home. He said Shams has “almost $50,000 worth of school furniture lying on the Castries port and two restaurants full of equipment and furniture.”

“Dr. Shams came to St. Lucia a millionaire, invested over $500,000……(and is) going back home with just the clothes on his back”, Hossain said.

He claimed that the human trafficking charges were trumped up by four students from India who Shams had asked the Chief Immigration Officer here to deport from St Lucia after they had stopped attending classes at Lambirds in February 2014. It was on the basis of these claims, he said, that Shams and his colleagues were arrested and their Academy shut down.

Hossain also implicated students from two other foreign offshore schools here “with their political/financial connection” of collusion with the Police that led to the closure of Lambirds and Sham’s arrest. A number of St Lucia Police officers, Director of Public Prosecution officials and at least one Magistrate are also accused of roles in the saga that resulted in 45 adjournments of the human trafficking case over two years.

Hossain said Shams was “very worried about possible harm from the police officers” involved with the Lambirds case. “Please ensure his safety and safe honourable passage out of Saint Lucia”, Hossain told Chastanet.