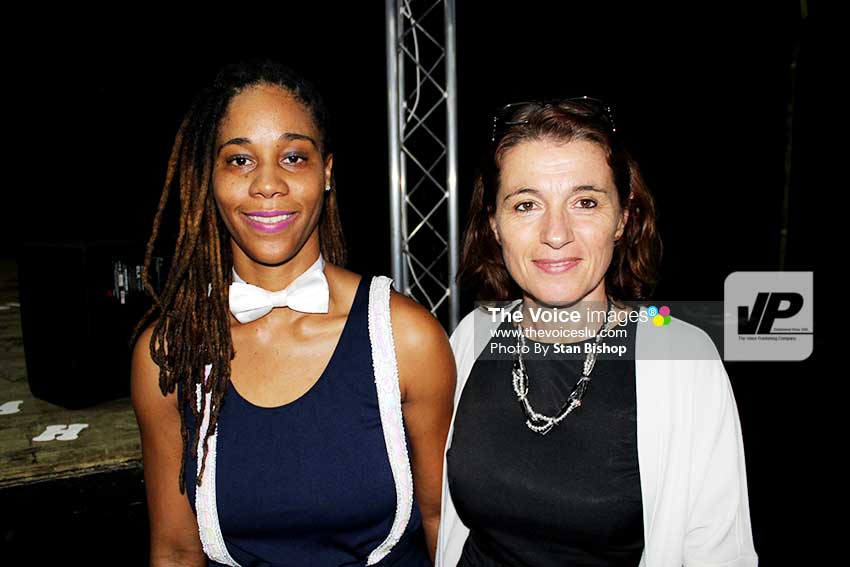 THE Alliance Francaise continues its promotion of and support for the French language in Saint Lucia as it hosts several activities marking Francophonie Month.

Last Monday evening, scores of patrons at the National Cultural Centre (NCC) were treated to the captivating performance poetry of EmmelyneOctavie of French Guiana. While Octavie performed in French, a monitor set up near the stage gave the English text of the pieces she performed.

The performance came as the world observed International Francophonie Day that day with Francophonie Week running from March 18 to 26.

Director of Alliance Francaise, Evelyne Gasse, told The VOICE that Francophonie Week was important because it serves as an opportune time “to work on our language and everything that is of our language.”

“Every language has its own meaning for words and it’s very important for us,” Gasse said. “French is so important on an island like Saint Lucia, which is Anglophone. It’s always difficult to bring many people together to listen to something in French because I understand it’s quite difficult. But it’s a great challenge and we’ll do what we can every year.”

Octavie, 30, who is also an actress and author, said she took up poetry seriously nine years ago and travels to various countries to perform. Her performance was very tense and light-hearted. Her selections included her own poems and fragments of works from AimeCesaire, Appolonaire and other French poets.

“The French language is very important, especially its melody,” she told The VOICE. “Also, every word is important and we can touch people with each of them. Even if we do not speak the same language, we can unify the people through music and other forms.”

Globally, 274 million people speak French, which is the ninth most-widely spoken language , together with English, the only language spoken on all continents. French is the official language in 32 of the International Organization of La Francophonie (IOF)’s 80 member states. The African continent has the highest concentration of French speakers, estimated at 96.2 million and there are 900,000 French teachers worldwide.

Gasse praised Octavie’s performance, most of which saw her performing solo. However, guitarist Maryse Marius and actor/dancer Richard Ambrose, both from Saint Lucia, made cameos during her performance.

“She’s a great poet. It was a very big challenge for her because she was alone on stage for more than one hour. When we see these kinds of performances, we can be proud of the youth,” Gasse said.

“We want to promote the French classes for people learning the language. But most of all, we want people to consider Alliance Francaise their cultural centre. We want it to become a real cultural centre,” she said.