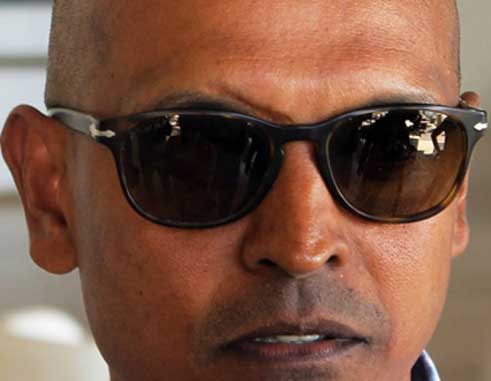 ALL-INCLUSIVE property, Royalton Saint Lucia Resort & Spa recorded milestone last Saturday with its soft opening which coincided with 48 rooms being filled that day with arrivals from the United States and Canada who booked their rooms months ago.

After transforming from the former Smuggler’s Village over the past year and a half and undergoing an intensive period of training its staff, construction at the resort in Cap Estate has virtually ceased, with only finishing touches being made to the vast expanse of leisure space that boasts 352 luxurious suites.

Boasting upscale style and comfort, Royalton offers modern facilities, warm staff, refreshing island ambience and world-class dining and fun for all ages. It features three distinct sections for all ages. A friendly family experience in the general resort area, a Diamond Club area for an upgraded level of service with exclusive pool, beach and dining areas and Hideaway, an adults-only vacation escape.

General Manager, Andre Dhanpaul, said the resort aims to offer the best service the Caribbean can offer, adding that Royalton would also play its parts as a corporate social partner.

“The ultimate objective is to treat our people well and to surpass expectations of our guests,” Dhanpaul said. “We want to do community outreach by having our managers go to high schools and colleges one hour per month. Each of us would go out to inspire Saint Lucians to join our business.”

Dhanpaul said that of the 98% of the 950 people employed at the resort are Saint Lucians. He said shortlisting the staff was not an easy task and that the resort contacted the St. Lucia Hotel & Tourism Association (SLHTA) last October to find out whether there were trainees in the database who never worked full-time.

“They passed on over 200 resumes and we pretty much hired most of those people and we’ve been training them over the last three weeks,” Dhanpaul said.

Earlier this month, President of the Caribbean Hotel and Tourism Association (CHTA), Karolin Troubetzkoy, lamented what she said was some hotels, especially new ones, “stealing each other’s staff” to man their operations. While Royalton was not named among those hotels, Dhanpaul said the labour market should still operate on the premise of a free market system.

“Many months ago, we advertised (and) had 6,000 applicants and we shortlisted the people who applied and interviewed maybe 2500,” Dhanpaul said. “You can’t stop people from moving from company to company. Poaching would be us calling and trying to bring people over. People applied on their own free will, as I did as well.”

With Royalton off to what its management is deeming a good start, projections are that occupancy should increase to 50% by April and 80% in May. Dhanpaul believes that Saint Lucia and Royalton make for good business, especially for the target markets, mainly Americans (60%), Canadians (25%) and Europeans rounding out the balance. However, he said the resort was always pitching at the regional market.

Tourism Minister, Dominic Fedee, described the new hotel as a “tremendous upgrade” and that its brand would attract tremendous value to the destination, including through marketing initiatives. He also underscored the employment opportunities the resort provided, adding that “it gives us such momentum and is going to give us a good opportunity as well to attract more airlift to the destination.”

“So many positives are coming out of this investment at a time when the economy badly needs it (and) when the unemployment rate is of much concern,” Fedee said.

He added: “We certainly do have a number of other projects in the pipeline and that are coming on the cards. That in itself would be very good for the country and give us that kind of stimulus. We want to double the GDP of our country and tourism will have to play a leading role. It is coming at a time when we are in the process of actually renewing our tourism incentives so that we can make our investors a lot more viable and competitive so (that) we have a sustained industry.”

Gros Islet MP, Lenard “Spider” Montoute, said he was pleased at the “remarkable upgrade” and the employment prospects for especially his constituents.

“Obviously, quite a few of my constituents were able to land jobs here and I think this is a resort that will add a lot to not just the stock of our rooms but in terms of the product,” he said.

With the unemployment figure in Saint Lucia estimated at 22% unemployment and almost 50% of the youth unemployed, Montoute said she was happy that a resort of such scale could absorb some of the youth.