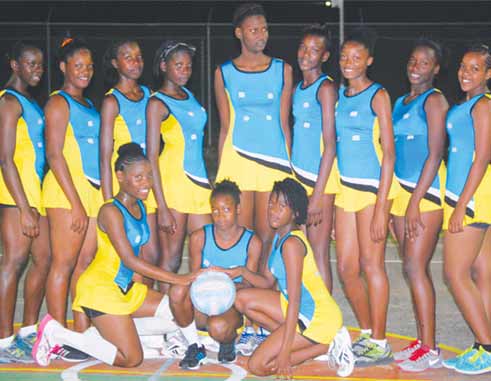 TWO matches were played in the Division One of the Independence Club tournament on Wednesday evening.

National team captain Shem Maxwell had a hot hand as she netted 31 from 37 attempts, while goal shoot Kaisa Sealy scored 7 from 9.

For Avengers Kamala Mangal made up for her disappointment in her first game to shoot 21 from 25. She was ably supported by Lindel Forde 2 from 4, Sherlyn John 3 from 8 and Pauline Eliodore 3 from 7.

In the second game, Canaries continued their winning streak by defeating Shamrock 35 – 13.

Junior Netballer of the Year, Megan Nestor had a very much improved game as she led the way for Canaries with 16 from 32 attempts. She received good support from Vanvancia Mitchell, 19 from 35 attempts.

Scoring for Shamrock were Alexandra Eugene 10 from 24 attempts and Eanille John 3 from 9.

Matches continue later today with one game in Division two, where Shamrock will come up against Avengers at the Vigie Sports Complex from 5:00 p.m.

Meanwhile national netball training is ongoing for the Under 16, Under 23 and Seniors.