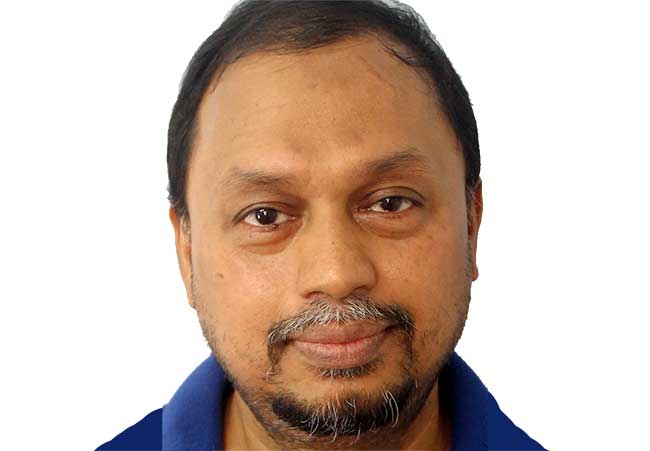 PRESIDENT of Lambirds Academy, Dr. Iftekhar Ahmed Shams, is scheduled to make a court appearance on Thursday to answer to a charge of human trafficking.

Dr. Shams, who came to Saint Lucia as an investor in May 2014, ran the ill-fated Lambirds Academy’s two locations in Gros Islet that were raided by police in February 2015, leaving scores of Nepalese, Indian and Filipino nationals without a place to study.

Dr. Shams told The VOICE recently that he came here at the invitation of Invest Saint Lucia, which arranged all his visas for his participation at the Investment Forum held at Sandals Grande.

“The Prime Minister welcomed me and extended his greetings and introduced me to all the high officials – at his home as well as at the forum. He assured me to extend all the cooperation to start academy,” Dr. Shams claimed.

He added: “Invest Saint Lucia did all the licenses for me. They did everything, in fact, licences, permits — everything. So that was 100% legitimate and it was duly approved by the Ministry of Education, Ministry of Commerce, Ministry of Health and British awarding body, OTHM (Organisation for Tourism and Hospitality Management).”

Aside from businesses in Saint Lucia, Dr. Shams said he also owned offices in the U.S., U.K., Thailand, Singapore, India and Bangladesh and has been in business since 2004. All those businesses were closed and his financial accounts frozen following the raid, he said.

He claimed to have invested more than EC$600,000, including furniture and other fixtures from the United States worth $50,000 that have been on the port since he was taken into custody following the 2015 police crackdown at his businesses and home. He has lost everything, he said.

“So, totally, I’m finished and the way the police have exposed me – that I’m the most wanted human trafficker in the world,” Dr. Shams said. “But I don’t understand how it could be human trafficking when the Academy is 100% — when the students were genuine and legitimate, were approved by immigration, they came by commercial airlines and they were attending full classes. Till now, I have no clue why they have arrested me.”

Dr. Shams was recently released on bail from Bordelais Correctional Facility, describing his stay there as “the most terrible and painful two years” of his life. However, he said he cannot wait to return home to rejoin his family.

“I want to go back home,” he said. “I’m really, really deserted by saying all these things and this is not a safe country for me to stay…From zero, I have to start my life again but I don’t know how far I can do it. The damage they have done – they have destroyed my worldwide reputation (and) businesses, livelihood, social status and Academy.”