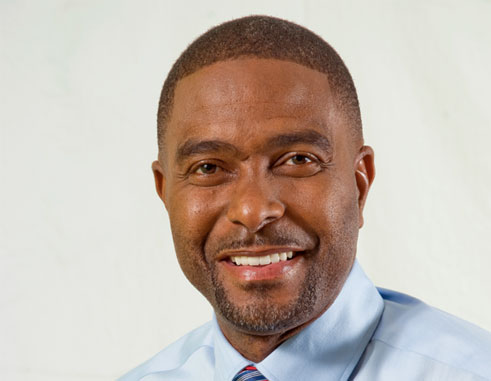 POLITICIANS in this country have been extremely successful at letting down the people. Their moral and ethical rectitude leaves a lot to be desired and makes one wonder why they hold public office anyway? Who vetted and approved them and why is it apparent that they are not being held to the highest codes of conduct that befit leaders and statesmen compared to any other part of the world. Why are Saint Lucian politicians with the most smeared images and questionable involvement in sex scandals and/ or acts of corruption, abuse of power, sexual misconduct, cronyism and nepotism, not to mention abuse of power allowed to continue to hold public office?

A few months ago when Saint Lucia was in election mode the frustrated electorate bought the sales pitch of the United Workers Party who run their campaign largely on the basis of bringing a clean and morally renowned image to government. They promised serious and strong leadership at the helm, having selected the “best crop” of people who could uphold themselves as honourable men. The ethical and moral misdeeds of the former administration were placed under scrutiny by the UWP and this appears to have significantly swayed the people resulting in a change in government.

Just when the electorate hopes to turn over a new leaf, at the beginning of the New Year, a critical time when this new government is expected to get down to its first ever budget; a discrediting, shameful, disgusting scandal rears its multi-horned head and a minister of government is at the centre of it. This individual is still a minister because the loose and permissible system of standards set for public officials is being taken advantage of yet again. Whatever the truth and untruths of the matter, this minister must be given a leave of absence by the Prime Minister Allen Chastanet so that he can go clear his name and restore his integrity. If he successfully does so, beyond the shadow of a doubt, he can be reconsidered to enter the Cabinet and the honourable house of parliament. If the minister does not voluntarily take this leave of absence then the Prime Minister must instruct him soonest.

We the public expected the Prime Minister to have taken a strong stand when he spoke to the press. Why didn’t he speak in a tone that defines and defends the moral and ethical constitution of his Cabinet, and crystallize his own expectations of them? To our knowledge he has yet to declare in no uncertain terms what level of conduct he expects from his ministers. Playing dodgy podgy at a time when the nation is wondering how to cope with this ongoing humiliation is not strategic leadership at all. Mr. Prime Minister it is ill advised to appear to hide behind the police or judicial system. There is a lot you can say without discussing the evidentiary details of the case.As the leader of the country you are accountable to all Saint Lucians locally, regionally (within the diaspora) and internationally. You need to be able to wield significant moral authority and you have to be that fearless voice promoting the highest standards of conduct at all times.

If the government loses its moral authority at the cost of protecting one grown man, then they will forever lose the moral authority to speak on corruption, crime and immorality occurring in other areas of the society and the not to mention the public service which the Prime Minister heads.

For the people who conveniently made a loud noise since this scandal broke that the Minister of Finance did not break the law and therefore should be allowed to continue to represent our country with his now smeared image – your thinking is sadly too narrow on this issue. Just remember that if we call ourselves civilized human beings and Christians to boot, then we need not and cannot legislate everything in order to arm ourselves with a sense of what is right and wrong, or what is tolerable and what isn’t.

Morals, values and ethics supersede laws because this is exactly what guides lawmakers. Compare an individual with a well ground sense of values and morality with an individual with no respect for morals and values and you will be comparing a criminal to a law abiding citizen, straight up. Have you ever wondered why the law is not very effective as a deterrent to crime but it is far more effective as a form of punishment? The truth we have overlooked – again conveniently and selectively – as a society is that our values and morals are what we are, this is what characterizes and comprises our soul as a nation. Without it we are but hallow vessels just breathing in and out. Our morals and values are usually universal and it is a compass that speaks to the conscience as no law can.

The fundamental point here is that the society needs more than laws to be steered in the right direction and to be habitable for all. It needs values, morals, ethics and virtues. It also needs the watchdogs, to make the aiders and abettors uncomfortable. The importance of that matrix must not be underestimated or mocked as many persons have been trying to do lately, in an attempt to stand by the minister.

This incident points to a glaring truth that the society has become the degenerative cesspool that it is because the political beneficiaries look for every excuse in the book to cover their behinds and sing for their supper. The government needs to distance itself from this scandal by giving the minister of finance a leave of absence so he can deal with his colourful matter. He cannot enjoy the luxury of being in government while he is distracted to this profound extent, not to mention emotionally and mentally stressed by this ongoing soap opera. The post of finance demands one has to be extremely focused on our several critical matters of state and act in good judgement on behalf of the people of Saint Lucia.

The fragile image of Saint Lucia overseas must not and cannot be rubbished at this high level. This is not about hating on the doctor, but there is a bigger picture and price at stake here. The image of the country is at stake. The mixed signals being sent to the impressionable youth by government officials is concerning.

A government minister is not a housewife who functions within the confines of her home. A government official is expected to travel all over the world and he should not have saucy scandals circulating with him or shadowing him. If you are not convinced about this writer’s concern Mr. Prime Minister please Google the name in question and see what pops up. Now isn’t that the same thing that will come up on Google if the queen, the pope or Donald Trump Googles the minister’s name?

This article does not name the minister purposefully because there is no motive of malice. We need to learn to put country before self. The minister ‘s taking a break is the least that can be done to avoid giving Google and other internet search engines more content to cough up during the flurry of searches on the internet as persons worldwide look up what is going on with a member of the Saint Lucia government. Mind you, politicians cannot set the standards here. Close friends and party loyalists cannot set the standards here either because their bias is as strong as it is blinding.

It is the duty of the electorate to set the standards of what is acceptable and what is not acceptable conduct by their government representatives. This is not about those who are personally or professionally connected with the gentleman; it is about the standards the collective citizenry people hold dear. It is their right to feel appalled, humiliated and insulted by the inappropriate pics that were seen by all.

The special interest groups who want to tell the public how to feel about this matter, or are attempting to paint this business as usual impression on behalf of the minister are being emotional and overzealous. Conveying this impression only makes the public feel that the situation is being trivialized. It causes the people to feel that the government is not listening to them and is taking a high-handed approach here. This arrogant attitude never sits well with the electorate.

Let us not continue to make the lesser evil versus greater evil route our number one escape time and again. We have committed this error too many times. Keeping the minister for finance in public office at this time is just too blatant. The state does not need this distraction. Give him a leave of absence and salvage the image of the government. He or she who holds the trust of the people would appreciate that we need such positions to be taken seriously. Already we are a small country but do we have to hang our heads in shame as well?