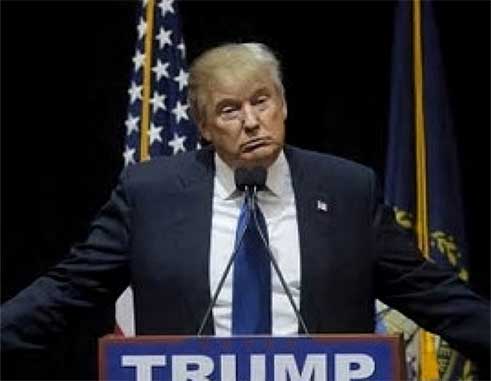 PRESIDENT-ELECT Donald Trump is gambling that he can advance U.S. economic interests by cracking down on powerhouses like China for rigged trade practices, but he might be dealing with a tiny nation doing the same to the United States the first day he sits down in the Oval Office.

The twin-island Caribbean nation of Antigua and Barbuda is poised by year’s end — and well within its rights — to retaliate against the U.S. to the tune of $21 million a year by setting up an online market to rip off copyrights and other protected content if the two countries can’t settle a 12-year-old trade dispute over internet gambling.

Without regard to the next occupant of the White House, the Antiguan government is taking a page directly out of Trump’s tough-on-trade playbook. The country recently declared it has reached the end of its rope and will pursue the retaliation, which has been sanctioned by the World Trade Organization, if the matter can’t be settled by the end of 2016.

“Whether you have a government that is led by one man or tomorrow is led by another, it does not change the circumstances. … The United States violated its obligations under the treaty, we sought to get that rectified and we got a judgment from the World Trade Organization,” Ronald Sanders, Antigua and Barbuda’s ambassador, said in an interview. “We’re simply implementing that judgment. In this case we are completely blind to who the government is.”

In this David-and-Goliath showdown Trump is sure to inherit, Antigua brought a WTO case against Washington in 2003 to protest anti-racketeering laws that restricted gaming companies incorporated on the island from providing online gambling services in the U.S. Washington lost the case and subsequent appeals, which found the laws in violation of international trade rules.

In Geneva last month, an Antiguan representative warned that continued non-compliance from the U.S. only decreases the confidence in the rules-based trading system.

The case could be ripe fodder for Trump’s Twitter account and provide more ammunition for the New York billionaire to bash the WTO as contrary to U.S. interests. For Antigua, that could bring newfound attention, which could push President Barack Obama’s administration to reach a deal quickly before it leaves office.

The Office of the U.S. Trade Representative said it has worked patiently with Antigua to try to reach a solution.

“On several occasions, the United States worked for months with Antigua on a detailed settlement package only to have Antigua reject it,” a USTR spokesman said. “Despite the difficulties that we have had resolving this dispute with Antigua in the past, we continue to work to find a solution.”

Sanders said his country only wants the U.S. to compensate the nearly $250 million in economic losses that have resulted after the U.S. measures effectively shuttered most gambling operations on the island.

“They either allow us access to the U.S. market, which is what we had when we brought the case against them, or they compensate for the loss of trade revenues,” Sanders said. “We are not looking for a fight with the U.S.”

So far, he said, proposals offered by the U.S. have been woefully inadequate, coming nowhere close to the compensation the Antigua says it is owed.

After the U.S. failed to comply with the WTO’s ruling against its gambling laws, Antigua was authorized to retaliate by lifting intellectual property protection on up to $21 million worth of U.S. content per year. In real terms, that would mean the Antiguan government would be allowed to set up an online marketplace where it could sell U.S. copyrighted music, movies and books and siphon off the royalties that would have otherwise gone to U.S. musicians, authors and producers.

The retaliation package is an acknowledgment that the typical retaliatory action of ratcheting up tariffs wouldn’t cause any pain to the U.S. given the minuscule size of Antigua’s economy.

Antigua and Barbuda Prime Minister Gaston Browne attempted to rekindle talks with the U.S. in 2014 shortly after his Labour Party won back power from the opposition United Progressive Party. Browne even criticized the previous government’s threat to pursue the copyright remedy as counterproductive to reaching a settlement.

“We have always indicated that our position [that] is the best way out of this is through negotiations,” Browne said in a September 2014 press conference. “Even when the UPP [United Progressive Party] had gotten aggressive and had taken a bill to Parliament to pirate U.S. copyrights, we opposed it. We felt they were going down the wrong road.”

Sanders argued that the U.S. wouldn’t have to fund a settlement directly with taxpayer money. Instead, the U.S. could subtract the money from forfeitures, seizures and fines the U.S. has taken in its crackdown on offshore gambling operators, he said.

Sanders downplayed Trump’s trade rhetoric against foreign trading partners as an obstacle for settling the case with his tiny country of 80,000.

“Also we don’t have a trade agreement with the United States,” he said, “so there’s nothing to tear up.”