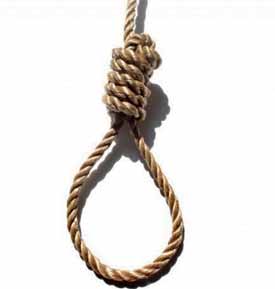 Say It Serves No Useful Purpose

PORT OF SPAIN, Trinidad, Dec 14, CMC – The head of the Roman Catholic Church here, Archbishop Joseph Harris, is maintaining that the church is against the imposition of the death penalty, saying there could be no good reason for killing someone.

Speaking on a radio station here after a Roman Catholic priest, Father Ian Taylor, had earlier this week advocated the need to impose the death penalty in a bid to stem the rising murder rate here, Archbishop Harris said “Pope Francis has said…it (death penalty) is an offence against human dignity and the values of life and therefore it is in admissible.

“There have always been people who have said that the death penalty…should be reactivated. Having said that the question still becomes what good does it do”.

Father Taylor had over the last weekend called for the death penalty to be swiftly reinstated, saying that the country may never come to terms with the murder earlier this month of bank employee Shannon Banfield, whose body was found in a warehouse in a store in the heart of the capital.

The priest said that the country was in a state and called for Banfield’s killers to face the hangman as soon as possible.

So far this year, 444 people have been murdered here and Banfield was laid to rest on Tuesday.

Earlier this week, Attorney General Frais Al-Rawi said that that the death penalty remains on the law books here and that it is “to be applied for murder and we certainly intend to apply the law and it is something that I have been tracking for one year straight”.

There are now 32 people on death row and Al-Rawi said he had been tracking those cases since he came to office more than a year ago.

“Under the laws of Trinidad and Tobago the punishment for murder…a conviction of murder is that you shall hang until you are dead,” Al Rawi said, noting that for various reasons none of these persons can be executed at this time.

“Some because of the application of the rule in Pratt and Morgan which says five years after your sentencing, you are going to have it commuted to murder punishable by hanging being off the books and you’re now moving to life imprisonment,” he said.

“The person who has created such a heinous crime will be rehabilitated so that…he will work and support the family that was wronged etcetc,” he said, adding “there are no statistics to show that capital punishment is a deterrent, none”.