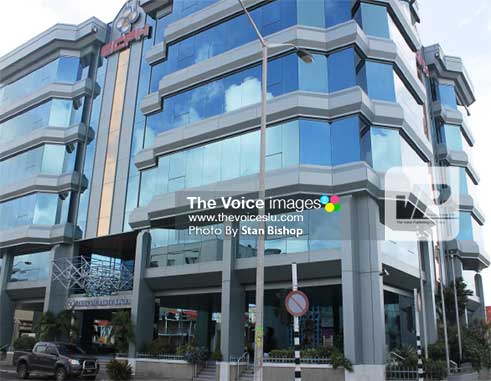 THE St. Lucia government says it is exploring its options as it seeks to help the Bank of St. Lucia (BOSL) deal with an estimated EC$300 million in accumulated bad loans.

But Opposition Leader Phillip J. Pierre is urging the government to be careful in its statements about the financial institution, which he said in the past had recorded healthy profits.

“The bank still has heavy deposits, it still employs a substantial number of people,” he said.

Minister in the Ministry of Finance, Doctor Ubaldus Raymond, has said that the situation confronting the bank calls for urgent action.In a statement Wednesday he said that the Eastern Caribbean Central Bank (ECCB) has held many discussions with BOSL which is under capitalized and that a quarter of all loans at the institution are bad – amounting to almost EC$300 million.

Raymond said that the government is in discussion as to how best to address what he said was a serious problem.

“We are aware that there are many depositors at the bank and we want to ensure that depositors’ money is safe and the government is doing its best in ensuring that this is done,” he said, dismissing reports that the bank is to be sold.

He said the government would continue to be a shareholder of the bank amid reports that the Republic Bank of Trinidad and Tobago is likely to make a proposal to the government next year.

Pierre insists that all is not lost at BOSL and that Raymond should be very careful when making any statements about the institution.

“I think all efforts should be made to save the Bank of St. Lucia if it is in problems but the confidence must remain and statements about the bank should be guarded and made with full knowledge – there should be no speculation as far as the bank is concerned,” he told the Times newspaper here.