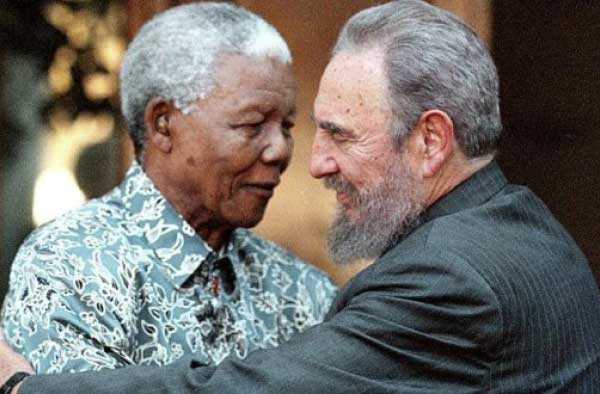 IT is one of the countless famous quotes coined by William Shakespeare: “To thine own self be true” (Hamlet Act 1, Scene 111), the last piece of advice Polonius gives to his son Laertes, who is in a hurry to get on the next boat to Paris, where he’ll be safe from his father’s long-winded speeches.

To all intents and purposes, there is a certain Castroian irony in this Shakespearian scenario, to the extent that Fidel Castro himself – who launched his “swift” revolution on a 60-foot yacht – remained true to his cause and beliefs, demonstrated by his tenacious defiance of American imperialism and capitalism – which found expression not only in his calculated actions, but also in his long-winded speeches whether to his compatriots at home or to the United Nations general assembly.

Few other world leaders in history could boast the steadfastness, authenticity and influence of the iconic bearded David who took on the Goliath of U.S imperialism, and led one of the greatest revolutions of the twentieth century – “turning a colony into a country”, in the words of the Uruguayan writer Eduardo Galeano.
And despite the perennial dismissal of Cuba as “insignificant” by the political establishment in Washington, the island has been a deciding factor in U.S state and national elections since Castro pushed out dictatorFulgencio Batista and marched into Havana as a victor in 1959.

One of the things great leaders do is remain true to their convictions in the face of great adversity and danger. The courageous guerrilla leader Che Guevara is reported to have said: “In a revolution, one wins or dies”. Fidel Castro certainly lived according to that revolutionary creed, in that, not only did he survive the onslaught of American economic pressure, he died without having to surrender his beliefs to Western indulgence (and infidelities) and refusing to sacrifice his principles on the alter of political and economic opportunism. There’s no denying that Castro’s resilience and increasingly proud defiance of Washington gave him unique standing on the world stage.

Earlier this year, shortly after President Barack Obama visited Cuba, Castro wrote in Cuba’s state-run newspaper, Granma (named after the yacht on which Castro and his flock landed on Cuba): “We don’t need the empire to give us anything.”

When New York Times reporter and editorialist Herbert Matthews interviewed Castro at his hideout in the Sierra Maestra Mountains of south eastern Cuba, he was astonished by the larger-than-life persona of the young revolutionary, whose determination and endurance would grow to outlive 10 U.S. presidents. In a trenchant article, Matthews wrote: “The personality of the man (Castro) is overpowering. It was easy to see that his men adored him and also to see why he has caught the imagination of the youth of Cuba all over the island. Here was an educated, dedicated fanatic, a man of ideals, of courage and of remarkable qualities of leadership.”

When historians begin the process of political and ideological absolution, Fidel Castro will undoubtedly be remembered and revered as the personification of global anti-imperialism and anti-colonialism – ideas he rejected and fought at the very onset of the revolution – typically communicated through a haze of smoke. History will also recall that while many leaders sat in the comfort of their warm and secured offices to wage (sometimes unjust) wars on other countries, Castro actually carried his own gun in defence of his social and economic ideals.

No doubt, Castro was the heart of the Cuban Revolution, while his comrade-in-arms Ernesto Che Guevara was its “head”. As the island became enmeshed in the larger battle of the Cold War, Castro’s vision of solidarity and active support for the aspirations of people and liberation movements around the world made a tremendous difference especially in the lives of those who fought the apartheid regime in South Africa. Most historians agree that Cuba’s support and intervention in Angola was crucial, if not decisive, in weakening the apartheid regime. Nelson Mandela, while in prison, wrote: “This was the first time that a country had come from another continent not to take something away, but to help Africans to achieve their freedom.” After his release from prison, Mandela’s first visit outside South Africa was to Cuba to personally thank Castro and the Cuban people for their selfless support.

In a glowing tribute to the iconic leader, a Nigerian newspaper points out: “Africans will not forget him in a hurry for the role he played in the emancipation of the continent from colonialism, neo-colonialism and apartheid. He expanded his influence by sending Cuban troops to suffering Africa just as he provided critical support to a left-wing government in Angola and contributed to the independence of Namibia in a war that helped end apartheid in South Africa. He also won friends by sending tens of thousands of Cuban doctors abroad to treat the poor and brought young people from developing countries to his country to train them as physicians.”

As this sterling tribute confirms, under Castro’s leadership, Cuba’s support for countries in desperate need of medical and educational assistance continued unabated even as the island itself confronted tremendous social and economic challenges – facing an economic embargo that has cost it in excess of a trillion dollars. Despite these odds, infant mortality in Cuba is among the lowest in the world, illiteracy is at 0% and life expectancy at 78%.

Reportedly, today there are 15,000 Cuban doctors working in 66 countries – again giving further credence to the point that health care and education have remained the pillars of the Cuban Revolution.

EuroNews writes that “Castro may go down in history for helping mediate an end to Latin America’s longest-running civil war; in fact he died just hours after Colombia signed an historic peace agreement.” How many of us are aware that in 2003, Castro received the Commander Cross of the Order of Saint Bridget of Sweden, an international award in recognition of his services “in promoting the high ideals of dialogue and peace”?

Upon hearing of the death of Fidel Castro, Argentina’s football maestro, Diego Maradona said he “cried a lot because he was like my second father. I wanted to thank him all my life because he talked to me a lot about drugs, a lot about my recovery, and encouraged me. And I did it.”

I often think: Might Castro have fulfilled his promise of democracy for Cuba had it not been for American over-reaction and paranoia? Had President Dwight Eisenhower not pledged to bring the young upstart down, might Cuba have evolved into a prosperous and libertarian state?

To the guardians of history, I ask that his legacy be scrutinized, not reduced. May his journey to Valhalla be peaceful and uneventful.