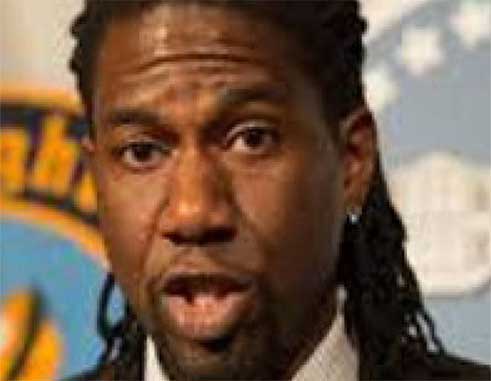 By Nelson A. King

NEW YORK, CMC – As the American political establishment begins coming to grips with the reality of four years of Donald J. Trump’s presidency, Caribbean American legislators are still stunned, like many others here, across the country and globally, over Trump’s unexpected triumph in the US Presidential Election on Tuesday last.

“As I gathered my thoughts, I realized that now, adding salt to the deep wound, are those trying to downplay the importance racism, xenophobia, jingoism and misogyny played in this election – the very things that so many of us were consistently told weren’t a part of America. And too many deny the impact it has on continually disenfranchising communities,” New York City Councilman Jumaane Williams, the son of Grenadian immigrants, told the Caribbean Media Corporation (CMC).

“Yet, all the ideas we are consistently told aren’t a part of America propelled a man to the presidency of the country of my birth,” added Williams, the Democratic Deputy Leader of New York City Council, who presents the largely Caribbean 45th Council District in Brooklyn.

“He did so stripping out all the usual code words and phrases, leaving and encouraging unabashed bigotry, using patriotism as an accelerant. And the party [Republican] that so often said they didn’t believe in these things, while pushing policies that said different, was rewarded with increased power for creating this candidate.”

The very vociferous Williams, therefore, expressed dismay that America is headed for the Presidency of Trump, “a billionaire, who said the most vile and bigoted things during the campaign.

“So much so, he was officially endorsed by the KluKlu Klan (a White supremacy group), a man whose candidacy was described by the head of the American Nazi Party as a ‘wonderful opportunity that may never come again,’” said Williams, adding, however, that Trump’s election “didn’t happen accidentally, but with zeal and excitement from half of this country”.

Throughout the campaign, tension had run very high among a broad group of people, including Caribbean-Americans, African-Americans, Hispanics, Muslims, immigrants and women, who had felt ostracized by Trump’s racially-charged rhetoric.

But Williams said he took “solace in history, showing us that ‘this, too, shall pass.’ This is the expected backlash for progress being made.”

He said that, “after a period of lament, those of good consciousness will step forward and organize to turn the ship back,” stating that he hopes New York City will be “a beacon for that fight.

“Unfortunately, it will not happen without tremendous damage to real human beings, families and communities,” Williams lamented. “How much damage depends on how quickly we are honest with what happened on November 8, and why it happened?

“It’s ok to grieve for a night. Still, we all must prepare to put on our boots, organize, and prepare for the morning.”

New York State Assembly Member RodneyseBichotte, the daughter of Haitian immigrants, said “many of us did not expect the outcome that we received” on Tuesday.

“Many of us thought that we would be making history by voting in the first female president of the United States (in Hillary Clinton), and that we would be moving forward – stronger together,” said Bichotte, the first Haitian American in New York City to be elected to the New York State Assembly.

“I have observed varied responses to the outcome – some who are angry, some who are saddened and depressed, and those who are ready to begin to go to work on strategies for 2018 and 2020,” said the representative for the predominantly Caribbean 42nd Assembly District in Brooklyn.

In reiterating President Obama’s views, when he addressed America on Thursday, about the country’s peaceful transition of power, Bichotte said: “Regardless of our political preference, we are all Americans, and we need to come together as a country.

“There are competing visions for what will make America great, and one aspect of our democracy is that we can voice our discontentment and fight for what our vision is,” she said.

“We are, indeed, stronger together, and this is how we must proceed. As a member of the Assembly of this great State, I will continue to be committed to doing my part in bettering the welfare of our neighbourhoods, our communities, our state and our country.”

Bichotte’s State Assembly colleague, Jamaican-born Nick Perry, who represents the 58th Assembly District in Brooklyn, while expressing disappointment over the outcome of the Presidential Election, said “it was the Democratic Party’s race to win.

“In some parts of the country, we failed to get out the votes in the African American communities,” Perry told CMC adding “even in New York, we did not go out (to vote) as we should.”

Perry said the consequences of Trump’s victory are “immeasurable,” adding that his triumph is “unbelievable, but that’s it.

“Whether or not you like Donald Trump, you have to accept him, even as deplorable as he was in the campaign,” Perry said, adding “but you cannot hope for a failing president, because all of us will be affected.

“Our Founding Fathers did make provisions for cheques and balances; no one man can destroy America. We have to pray that he does good things, because failure at the presidency hurts all American,” he continued.

“And as I’ve talked to many of you over the past day and a half, I understand your fears, and that the results have shaken your faith,” said deBlasio in an email message to supporters. “The work of democracy and building a more just and equitable society must continue long after Election Day. I am glad that we are in that fight together.”