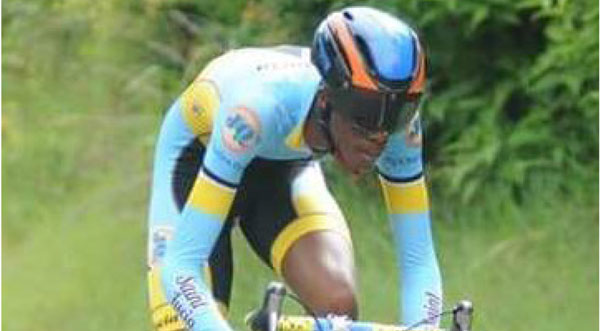 In the lead bunch, the Excellers duo of Richard and Williams were attacking trying to shake off the others on the hill again by the 42 km mark. Richard went on the offensive climbing out of the Ciceron area to the Roundabout near the Owen King EU Hospital.

Charlery and Jn Baptiste were in pursuit with Jn Baptiste doing the pacing alone for close to 5 km until Charlery came through to pace and Jn Baptiste unable to hold on as Charlery increased the tempo in search of the leaders and was able to catch back by the 49 km mark.

Immediately, the Excellers riders went on the attack again with Richard leading the charge and not giving Charlery any chance to recover after latching back on the lead group.

At the 51km mark, an attack on the slopes near Rambally’s Wrecker Service eliminated Charlery from the lead group and he eventually abandoned the event.

Again four riders were in the lead and with 24 km left to go for Mitchell, Richard, Williams and Esnard. In the last 24 km Excellers’ Williams and Richard put in no less than 10 attacks in an effort to dislodge the other two riders. Mitchell responded to the attacks until the finish where he emerged victorious in the sprint finish.