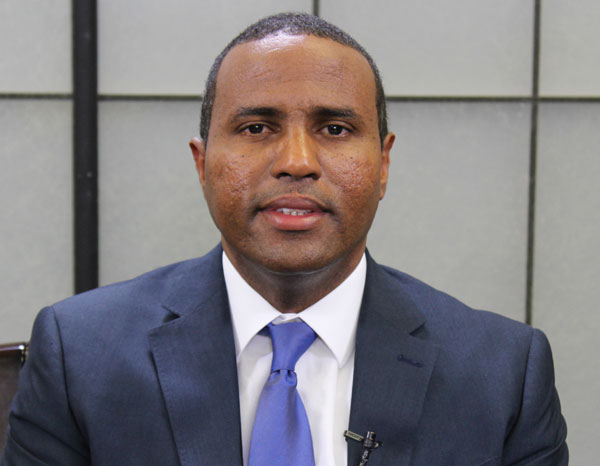 CDB–ECCB Report Points a Way Out


A report by the Caribbean Development Bank (CDB) and the Eastern Caribbean Central Bank (ECCB) has painted a rather gloomy picture of the economy. However, the report, which was handed to the government on Wednesday, advises on a way forward for correcting the island’s fiscal accounts and charting a way for sustainable growth.

Minister in the Ministry of Finance, Ubaldus Raymond, said that the purpose of the report was to provide the government with an analysis of the state of the economy.

“We needed to understand where we are and what we were dealing with before all our various tax proposals could be fully implemented,” Raymond said.

Dr. Justin Ram, Director of Economics at the CDB, revealed the state of the economy at a press conference in the studios of the Government Information Service Thursday.

He said that the CDB, in collaboration with the ECCB, was tasked with looking at St. Lucia’s fiscal accounts and to come up with possible ways the government can adopt in charting a sustainable path for the economy.

Ram noted that St. Lucia’s economy is like most of the other economies of the region, characterized by low growth and a high and growing indebtedness, trends he claimed the government of St. Lucia needs to reverse.

“With respect to Gross Domestic Product (GDP) and real growth rates, Caribbean countries have not been performing well. St. Lucia, being part of this grouping, is also a reflection of a deeper structural issue that we find in most Caribbean economies at this time,” he said, adding that the Caribbean has some of the highly-indebted nations in the world.

St. Lucia’s debt-to-GDP ratio, at the end of 2015, was around 75 per cent of GDP, according to Ram. He added that the CDB’s analysis has shown that notwithstanding a pick up recently in growth, public finances are on an unsustainable path.

“There is also a high average cost of borrowing with respect to government debt and we have found this to be 6 per cent, compared to a slow growth of less than one per cent in the past 10 years,” Ram said.

He added that inadequate primary balances in the country’s fiscal accounts make it very difficult for any government to bring the debt to GDP ratio down to a manageable level.

According to Dr. Ram, St. Lucia‘s debt stock had built up considerably over the past few years, and if it continues, without mitigating measures being applied, by 2030 the debt to GDP ratio would rise well above 110 per cent.

“Once the debt to GDP ratio attains such levels it becomes difficult for any government to bring the fiscal accounts to any level of equilibrium,” he said.

The government, he added, must focus on transformative infrastructure projects along with strategic liability management aimed at containing the cost of debt.

“The government needs to look at some mechanism that could bring that cost of debt down,” Ram said.