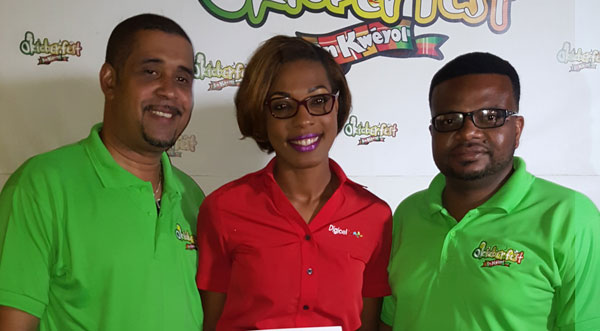 With the Creole month officially here, Digicel continues to contribute to national development through support of St. Lucia’s cultural heritage.

October is celebrated internationally as Creole Heritage Month and was officially launched at Morne Pleasant at the Folk Research Centre (FRC) grounds on Sunday, September 25 with the hosting of a mini-Jounen Kweyol.
Days later and Digicel is yet again poised to support another staple on the Creole Heritage Month calendar, the eighth annual Oktoberfest en Kweyol set for Sunday, October 9, 2016 from 2:00 p.m. at its new venue, the Beausejour Promenade.

Oktoberfest en Kweyol is a colourful festive celebration of food, drinks, arts, and craft and has become an annual tradition around the world celebrated during the month of October. This year’s festival will feature a wide assortment of creole cuisine and drink, as well as an impressive entertainment lineup including the likes of featured artiste Bod Guibert of Martinique, Secret Band, Avot Sevis, Lucian Kudoro artists, Ras Africa, Ronald “Boo” Hinkson and DYP.

Louise Victor, Marketing and Communications Executive at Digicel, spoke of the company’s continued investment in culture at the press launch of Oktoberfest earlier this month and said: “Digicel is indeed pleased to continue to be a major patron of St. Lucia’s cultural development. Our support and investment year-round in cultural observations and celebrations is one we pride ourselves on and it is no different as we get set for yet another exciting jumpstart to October as Creole Heritage month. We cannot deny that creole is not just a language, but it is a spirit and way of life for us as St. Lucians and our cultural identity and preservation of tradition is undoubtedly critical to a people and a nation’s growth.”

She continued: “We at Digicel would therefore like to commend Windward and Leeward Brewery Ltd. (WLBL) on upholding the traditions while infusing unique innovations to the festival with a stellar product offering. We pride ourselves in maintaining strong partnerships that help touch, impact or celebrate the everyday St. Lucian. WLBL, through events like Oktoberfest (and through brands like Piton), has a unique way of allowing us to celebrate and immerse ourselves in all that is authentically St. Lucian: the food, music, dance, drinks, the feting, comradery, laughter and more. We look forward to this year’s Oktoberfest being yet another stellar success and we encourage all St. Lucian’s to come kick off Creole Heritage month in an exhilarating way.”

Advance tickets for Oktoberfest can be purchased at The Cell outlets and WLBL offices for only $30. 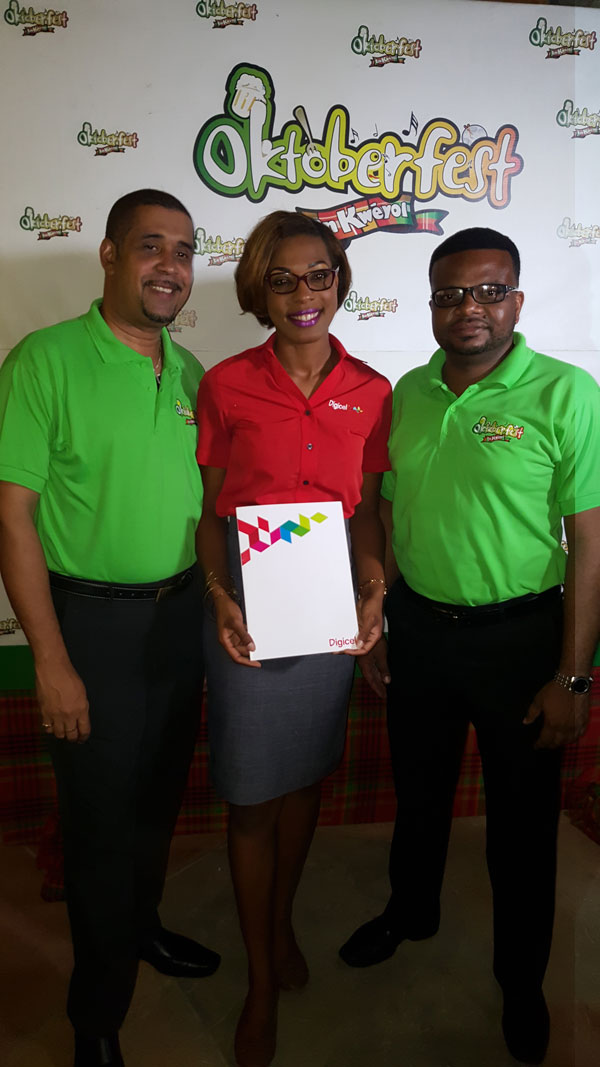