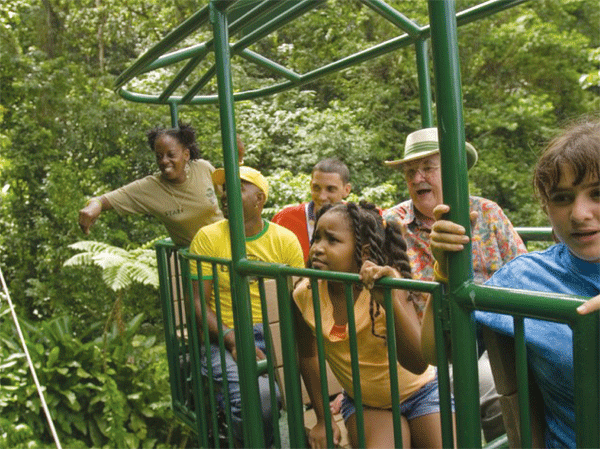 THE issue of crime—against both visitors and locals—continues to make the headlines. We need not say it, but we will: that crime does not happen only in St Lucia.

Crime is a phenomenon that is common to most countries of the world today, rich or poor, developed, developing or undeveloped, democratic, whatever. We make the point because it appears not everyone is so aware. The degree and frequency may, and does in fact vary, but all have problems and fall short of being declared crime-free.

St. Lucians face problems from criminals in their own country. More than 30 of our people die every year from criminal action. St. Lucians sometimes face problems in other countries as well. In fact, our people have been murdered in other countries and their assailants never apprehended. The fact is that it is wrong for countries, for whatever reason to try to paint the picture of St Lucia as being so overwhelmed with crime that it should be avoided by their citizens.

It is time, too, that the authorities here take measures to respond appropriately to these attempts to smear St Lucia for being so crime-infested that some countries must resort to issuing advisories to their citizens not to come here. It is disgusting when this behaviour comes from supposedly friendly countries. One would swear that they are crime-free.

Does our government caution us St. Lucians about travelling to places like Chicago which recorded 468 murders last year and 141 in the first quarter of this year, a 72 percent increase over the figure for the same period last year? One may argue, and with some justification as well, that we are dealing with a large city of several million people but should we rate the gravity of crime purely on the basis of per capita basis? After all, isn’t one murder a murder regardless of where it is committed?

Crimes against visitors in St Lucia may number, on average, as few as 20 a year, if that many at all. Regrettably, we have had visitors to our shores who have been murdered, raped, robbed or otherwise assaulted. As a country we rue each such case and hope such incidents would not recur, but we need the understanding of our so called “friends” that this is not a country so steeped in violent crime that it should be off limits to visitors.

In most countries of the world, especially the developing world, there are depressed areas where social ills provide the fuse that ignites a range of serious crimes. Still, in St Lucia we do not have the mass killings of innocent people that we have seen in several American cities in recent times. We do not have acts of terrorism or frequent police killings of unarmed citizens that are swept under the carpet by the justice system. No country can keep tabs on all criminals and perpetrators of evil. If they did, the 9/11 terrorist bombings in new York—15 years old tomorrow—would never have happened, killing as it did nearly 3,000 people and earning the reputation as “the deadliest terrorist attack in world history.”

But in saying all this, there is no question that we need to redouble our efforts to make St Lucia safe for both locals and visitors. We must continue identifying trouble spots in our country and advise visitors of the dangers of visiting them. We must also be a little more aggressive in defending the good name of our country and the integrity of its tourism sector on which so many depend for their livelihood.