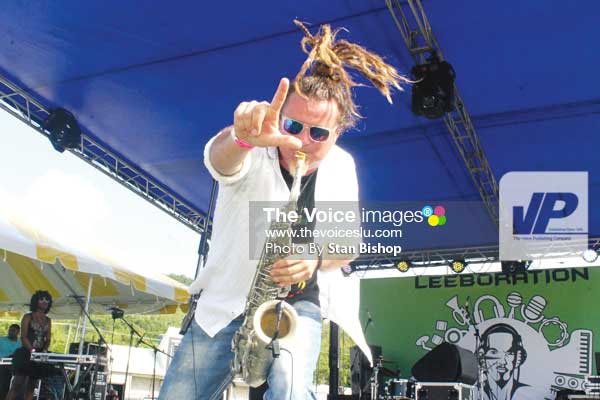 THE Leeboration Concert held last Sunday, at the Daren Sammy Cricket Ground raised just over $53,000 in pledges during a live telethon that was broadcast on Choice TV, Calabash and DBS.

The concert (also broadcast on Kairi FM) was the biggest in a series of activities from the Artistes for Leebo Movement, a group formed to raise funds for Saint Lucian singer, songwriter and producer Francis “Leebo” de Lima. The owner of production house, Heights Music, was diagnosed with cancer in early August.

Leeboration was also an opportunity for the public to celebrate the artistry of this Saint Lucian cultural icon and patriot with performances from a myriad of artistes backed up by Ronald “Boo” Hinkson and Friends, Evalucian and DYP.

Towards the end of the evening, a special thank you for the outpouring of public and corporate support was delivered by Leebo’s daughter, Leeryk de Lima, who spoke of her father’s drive and determination, “ factors she said would enable him to win this latest battle. It was an emotional moment that was capped off by the singing of Leebo’s “Unconditional Love” by all the artistes who performed at the event.

A T-shirt with the official graphic image of the movement as designed by Ted Sandiford of Acid Kreationz is still available and will be on sale tomorrow at the Gros-Islet Street Party from 9:00 p.m. and at the William Peter Boulevard in Castries on Saturday from 10:00 a.m.