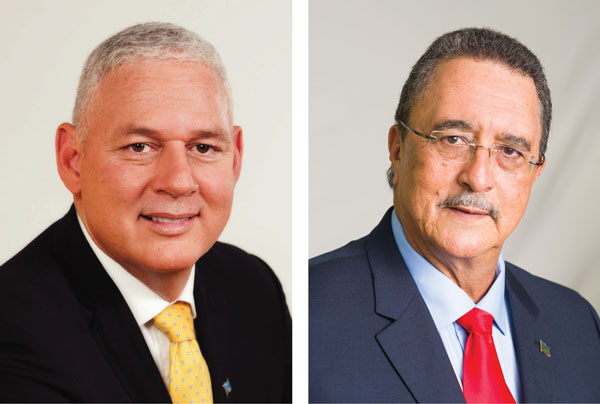 SAINT Lucians now have a newly-minted government and a Prime Minister in the person of Allen Michael Chastanet. The people have spoken and, as they have three times in a row, voted in a government with an 11-6 seat margin. However, there are some lessons from the last general elections that should teach us a thing or two about ourselves.
While images and soundbites from the elaborate, expensive and often distasteful campaign season are still somewhere in the recesses of our minds, there is no denying that people were generally disenchanted with some of the undelivered promises made by the previous administration.

Despite many inroads made in ameliorating the high unemployment rate, the Saint Lucia Labour Party (SLP) failed to impress the electorate that it had done enough to do so. With national unemployment standing at nearly 25% and the rate among youth hovering around 48%, it was indeed a tough sell for an administration that had done an impressive job in restoring the country on sound infrastructural footing following Hurricane Tomas and other natural disasters.
The plain truth is that people who needed work were becoming increasingly desperate while those who were employed found their dollars shrinking in an economy that had seen three successive years of shrinkage. With many businesses either using the bad economy as a threat to milk more sweat out of workers – or simply closing down due to supply and demand factors – the task for the government grew heavier.

Attracting foreign direct investment (FDI) and creating a climate conducive for business were among government’s priorities. However, while FDIs did finally come through, including via the Citizenship by Investment Programme (CIP), the quantum and pace of such projects seemed not enough to offset the headache central government was facing. Too many people still could not find work.

The handling of key matters of State by the last administration may have also led to the sweeping change voters ushered in at last Monday’s polls. The stage at which the Grynberg case now stands, the seemingly willful slip-ups regarding the IMPACS report, to cops not being given adequate resources to fight the mutating breed of criminals, and justice on a whole sometimes laughing at itself seemed a far cry from an administration that pledged to reform the justice system two manifestos ago, including working with the Supreme Court to expedite the hearing of remand cases.

Speaking of justice, the last administration also fell short of ensuring that people accused of siphoning off the treasury’s finances at will to fatten their relatives’ pockets had their day in court, if not a few years in jail. With the amount of documentation that was waved around on political platforms and in the House, Saint Lucians were eager to know that their tax dollars did not go in vain. Again, nothing.

One of the most intriguing factors about Monday’s results that still leaves me scratching my head has to do with confidence. It seems that despite all the efforts to paint the other side as dirty scoundrels, the incumbent had failed to impress upon the electorate that they possess the iron-willed ability to govern for another term. Apparently, more and more Saint Lucians are beginning to deem people innocent until proven guilty.

Despite the low voter turnout of around 52.08%, the sentiments being expressed by many is that they elect parties to government on a five-year basis during which period they expect what they were offered. While the extension worked well for the SLP following their sterling performance from 1997-2001 that got them a second five-year term, the prevailing conditions this time around did not allow it.

I’m already hearing talk and seeing Facebook statuses that suggest that former Prime Minister Dr. Kenny Anthony is a failed leader and does not care about Saint Lucians. I totally disagree with that statement. The man has truly done an immense job on many occasions, including cleaning up messes left by others. What I would say, though, is that whoever advised him on certain key decisions failed to use proper judgment.

For instance, wouldn’t it have made better sense to at least open a wing or two at each of the new hospitals rather than piling up all the excuses why they remained closed? Couldn’t we have made the lives of those needing dialysis better by making training a priority and ensuring that all diabetic patients have access to treatment rather than die on a waiting list? Couldn’t we have started assisting parents with CXC fees much earlier, as was stated back in 2011?

The new government needs to take note of how the Saint Lucian of today thinks. We no longer cry out and ask for change – we demand it! We no longer accept excuses – we expect results. We no longer offer up our backs for people with nice words and books of promises to ride on – we begin waving them goodbye as soon as early signs of ineptitude creep in. That’s our litmus test and we are in no rush to reinvent the wheel anytime soon.

Still fresh in our minds are the shenanigans of 2006-2011 when political infighting, alleged misappropriation of public funds, visa revocation and hardly a major project being established to create jobs for our people. Still fresh in our minds are government ministers forgetting that they were servants of the people and not the other way around, a behaviour that even a few recent outgoing government ministers contracted. Nine-day cloud or not, Saint Lucians never forget how politicians treat/mistreat them. Last-minute efforts to score points don’t work these days, either.

Prime Minister Chastanet’s new administration needs to begin delivering on its promise to Saint Lucians forthwith by implementing the policies and programmes that reflect the vision outlined during stump speeches, campaign ads, door-to-door visits and in their manifesto. The earlier people begin to see signs of progress, the better. Besides, the SLP has an impressive track record of keeping UWP administrations in check.

People need jobs, farmers need to grow again, our dollar needs to stretch a bit further, justice needs a facelift, our island needs to become the envy of many again and more Saint Lucians need to feel like they own their country. Squandering five years sitting in cushy office chairs and getting back at political opponents in Parliament will not cut it. Neither will doing away with every beneficial project implemented by the previous government.

In a June 25, 2013 interview, Chastanet told me that affordable healthcare, world-class education, job creation and a general development programme for Saint Lucia were among his party’s plans. At the time, he was preparing to contest the leadership of the UWP for the first time against Stephenson King. He also told me this:

“My entire life has either been about starting up a new company or taking a company that’s not working well and revamping it…The UWP needs structure, it needs to be modernized to take us to the next level.”

Chastanet went on to win three consecutive leadership battles at UWP conventions and an 11-6 mandate last Monday. He now leads a country that many felt was not working well and his task is to revamp it. He now needs to prove to Saint Lucians that the modernization he promised in his party’s manifesto really does become a manifestation and does take us to the next level.

If you asked me, Saint Lucians want good governance that inspires a climate where business can flourish, peace can prevail and prosperity reaches across every strata of society. People prefer working hard for what they want to handouts. There’s more pride in that. And if it takes recycling governments every five years to prove that they prefer real change to chump change, they seem prepared to do just that.
Incoming government, beware.