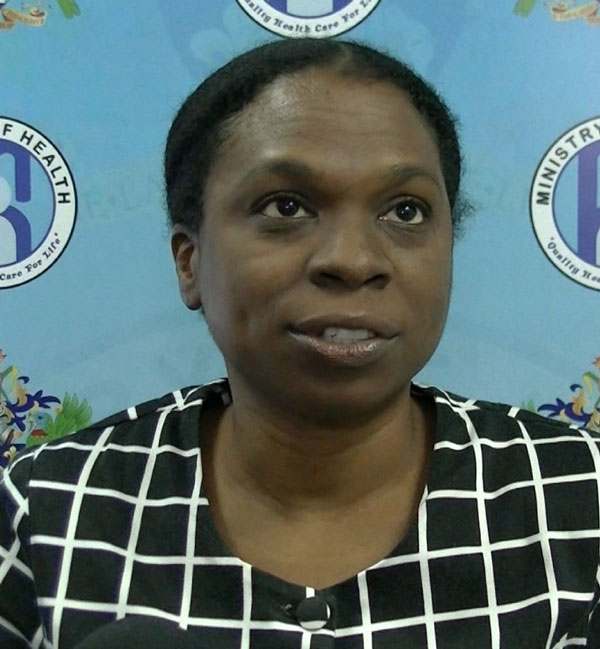 The action comes in the wake of an increase in the number of confirmed cases of the disease here.

Dr. Fredericks advised that with the onset of the rainy season and the increased retention of rainwater in receptacles, the mosquito population will increase and cause spreading of disease unless appropriate measures are taken to prevent breeding.

The following is the statement released by the CMO this week:

“Zika virus disease is generally a mild viral disease, caused by the bite of an infected Aedes aegypti mosquito. Only one out of every four persons affected with the disease may develop symptoms such as fever, skin rash, joint or muscle pain, and red eyes. Though the mosquito is the main agent responsible for spreading the disease, it has also been shown that the virus can survive for many weeks in the semen of infected males, making sexual transmission of Zika virus disease possible.

“Prior to 2016, Zika virus disease had not been detected in St. Lucia and most Caribbean countries. This means that our population has no natural immunity to this disease. (We are an ‘immunologically naive’ population). As such, if a person is bitten by a mosquito infected with the Zika virus, there is a high possibility that the individual would contract the disease, though its symptoms may be absent or very mild.

“Given the very mild nature of the disease, most persons who contract Zika may not know that they are infected, and would therefore not be recorded as cases within the health system. This, in addition to laboratory factors, implies that the number of confirmed cases recorded by the Epidemiology Unit will not reflect the actual number of cases of Zika virus disease on island. As of June 15, 2016, eight cases of Zika virus disease have been confirmed and of this number, three are pregnant women. These women are being closely monitored by obstetric and gynaecology specialists.

“We have also noted a mild but gradual increase in the number of persons presenting to health centres and primary care clinics with complaints of itchy, generalized rash, mainly on their face and upper body. Some of these individuals give a recent history of having had a low grade fever, but most do not have fever at the time that they seek care for the itchy rash. A few persons present with red eyes and in comparison with the trends seen during the Chikungunya outbreak, relatively few persons present with complaints of painful swollen joints.

“Rapid laboratory tests for Zika virus disease are unreliable. In addition, the virus is detectable in the blood of infected persons for only a brief period. This makes confirmation of the disease difficult. Treatment of patients is the same regardless of whether the disease is suspected or confirmed. Treatment is mostly supportive with pain and fever relieving medicines such as paracetamol, rest, fluids and medication to decrease itchiness of the rash where present.

“Given that Zika virus disease has been confirmed in Saint Lucia and as per established epidemiologic guidelines, only a small sample of persons suspected as having the disease will now be routinely tested. All pregnant women suspected of having Zika virus disease will be tested and closely monitored during their pregnancy, given the possibility of birth defects such as microcephaly in their newborns. Admitted patients and patients suspected of having the rare complication of Guillain Barre Syndrome (GBS), (paralytic like illness) will also be tested. Samples are currently being sent to CARPHA in Trinidad where more advanced, DNA PCR tests are performed. We have also sent samples of suspected Guillain Barre Syndrome patients to Martinique for testing but results have been negative for Zika virus disease.

“With the onset of the rainy season and the increased retention of rainwater in receptacles such as open drums, discarded tyres and other refuse, it is anticipated that the mosquito population will increase and cause more spread of disease, unless we take measures to decrease mosquito breeding and protect ourselves from mosquito bites.

“The measures to be taken to prevent the spread of Zika virus disease are the same measures taken to decrease the spread of other mosquito borne diseases such as Dengue fever and Chikungunya fever. They include:
• Wearing long sleeved clothing and long pants
• Using mosquito repellents on exposed limbs and on clothing
• Utilizing bed nets and installing window and door screens where possible
• Getting rid of all breeding sites of mosquitoes such as old tyres, plastics and other refuse around the home; using soil instead of water in flower vases; ensuring that drums are properly covered and water tanks are properly sealed
• Performing at least, once weekly inspections of your home and surroundings, workplaces and schools, to ensure that there are no breeding sites for the Aedes aegypti mosquito.

“The Ministry continues its fogging operations and mosquito surveillance, as well as health promotion activities to decrease the impact of Zika and other mosquito borne diseases.
“With the upcoming carnival season, visitors to our shores are reminded that mosquito borne diseases are endemic in the tropics and as such, measures should be taken to prevent oneself from being bitten by mosquitoes. The World Health Organization also advises that pregnant women consider delaying travel to zika affected areas.

“The Ministry of Health has and continues to engage with multiple stakeholders in raising awareness about Zika virus disease and taking measures to decrease the breeding of mosquitoes. Partners such as the tourism industry, education sector, communities and other stakeholders are encouraged to remain vigilant and continue previously initiated activities within their sectors. The general public is encouraged to continue taking measures to prevent the breeding of mosquitoes and decrease their chances of becoming infected with Zika virus disease”.