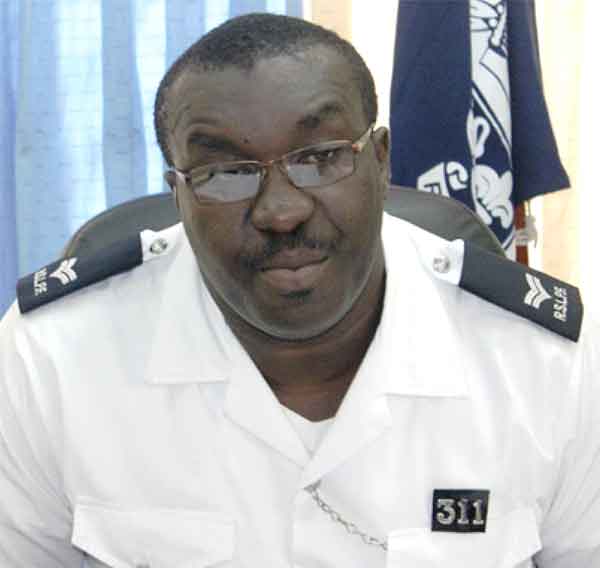 THE Royal Saint Lucia Police Force is attempting to get to the bottom of reports that there was a plan afoot by certain members of the Force to remove former Prime Minister Kenny Anthony and his Labour Party government from office.

The Force yesterday asked anyone with information that a group of police officers was behind a secret campaign to remove Dr. Anthony from office to come forward.

Zachary Hippolyte, the police press relations officer made the appeal admitting that the department had heard talk of the existence of such a group but had nothing to show that it actually existed.

“We did hear of these allegations. We are still waiting for some form of official report from any individual to provide substantial information that could lead to the allegations being true,” Hippolyte said.

Yesterday, the St Lucia Times online reported that its investigations had discovered that there was a secret campaign by some members of the Royal Saint Lucia Police Force (RSLPF), to remove the Labour government from office.

It quoted “well-informed sources” as telling the Times that the exercise had no sinister motives such as removing the incumbent government by force, but rather by canvassing support to vote against the government in the general elections.

Reports suggest that there was an “Operation Remove Kenny” campaign being waged by some policemen.

The Times quoted a St Lucia Labour Party source as saying that the party was aware of the “secret” campaign.

“We don’t think it was the entire police force but certain key elements within it,” the source is reported to have said.

The Times was told that the police campaign was so effective, that the overwhelming majority of the police vote went against the SLP in the elections.

Rumours of a plan by policemen against the government began circulating about a year ago without any facts to confirm its authenticity.

It was about the same time that reports of a threat on the life of the former Home Affairs Minister Phillip La Corbiniere were also being circulated.

The matter was brought to the attention of former Police Commissioner, Errol Alexander who launched an enquiry. The results of the enquiry are unknown.

However this week the report surfaced again this time with the St. Lucia Times report. Police Commissioner Severin Moncherry yesterday denied knowledge of such an operation.

“I’ve not heard of anything. I’m only now hearing of this. I have no knowledge of this,” Moncherry said.

Rumours of police officers antipathy toward the former administration led by Dr. Anthony started in March of last year after a nation-wide address by the former Prime Minister on the contents of a report into 12 police killings that took place from 2010 – 2011.

This report implicated police in the illegal killings of the men.

IMPACS then took on a whole new meaning within the police department, generating stories of police morale being at such a low ebb that they were contemplating taking to the streets in protest.

IMPACS also became a political hot potato from March of last year up to the present to the extent that newly elected Prime Minister, Allen Chastanet, an outspoken critic of the report and the former administration’s handling of it, has vowed to deal with it within his first 100 days in office.

Yesterday, Commissioner Moncherry said: “I’ve met with Prime Minister Chastanet. We had discussions on IMPACS. He promised that within 100 days of being in office he will deal with it,” adding that he is very confident that the Prime Minister will keep his promise.

During the recent election campaign, Chastanet and the United Workers Party promised to appoint a high level tribunal consisting of former members of the judiciary to review the background to and to take follow-up action on the report.

All of this, he said, was with a view to recommending appropriate means of resolving the IMPACS situation within the parameters of the laws of Saint Lucia.