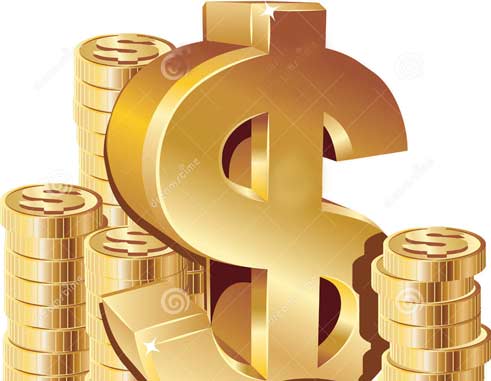 WHAT is the EC dollar worth under Kenny Anthony and his Labour administration in Saint Lucia and how much more will be taken from the hands of the people if this administration remains in power? The spending abilities and disposable income of Saint Lucians have depleted considerably since Labour came to power.

After imposing incessant belt tightening measures from their ‘Kennynomics handbook’, it appears that this SLP administration has engaged in a calculated effort to find ways to rip money from the hands of the citizenry and impoverish even more, the already poor people of this country.

Once in office Dr. Anthony’s crying song went like this: “Unquestionably, this recession has been painful for many of our people. It has not been easy. Some of our citizens have lost their jobs as the private sector made adjustments to cope with the downturn. Some businesses have suffered in the process. I know that many families are engaged in a continuous battle to make ends meet.”

Give it to Dr. Anthony; he has mastered the art of the phoney sympathetic tone. He said while St. Lucia has been able to avoid the financial gridlock and mayhem that confronted many economies as a result of the global financial and economic crisis, tough and unpopular decisions have had to be made. Notice that Dr. Anthony came into power again in 2011, well past the 2008 peak of the global financial crisis but he never gave any credit to the UWP who rode the waves of the worst of the crisis in recent history and avoided the “financial gridlock and mayhem” that confronted many other economies.

Despite the deleterious effects of the global financial crisis on the tourism sector and by extension the economy during the 2007 to 2010 bargaining period, the opposition SLP heaped fire and brimstone on the Stephenson King administration to cause him to grant an astronomical salary increase of 14.5 percent to public servants. Once in office Kenny or Anthony turned around, and tried to take back a five percent chunk of it because he said King had acted recklessly in approving such a huge increase at the time. What sort of spilt personality–spilt leadership is that?

By the way, what goodies has the Labour government given to unions on behalf of their members? Wage freeze!

Forgive the side bar, dear reader. So despite full awareness that Saint Lucia had been weathering the fallouts of an international recession, which saw many private sector entities fold or make drastic adjustments to cope, including major job cuts, and although the so–called compassionate SLP government noticed the impact on bigger entities like giant CIBC First Caribbean International that shed some 350 jobs across the region because of annual losses incurred at the time, this Labour government still persisted in imposing VAT.

This move therefore compounded the burden on fragile small businesses and low income households, especially those where just one adult is employed. Immediately spending power was significantly diminished and of course less money began to circulate in the economy, especially in the informal sector. Clearly the economic climate was not right for the imposition of the Value Added Tax.

This SLP government did not just stop at VAT. They showered the country with additional taxes. They demonstrated open and shameless disregard and insensitivity towards the people; in the manner they retained VAT on prescribed medication for an inordinately long time. Finally it was zero rated in the 2014/15 Budget. That relief came only after prolonged lobbying, begging and pleading in and out of the parliament led by Senator Dr. Stephen King, the Opposition UWP, civil society and the electorate. Is this a compassionate government? Saint Lucians, do not forget your plight so quickly.

Kenny and cohorts have imposed other punitive taxes on goods and services in the area of property tax, driving permit fees, driver’s license and vehicle license fees, travel and professional consultancies, etc. plus VAT. All this while, Labour keeps heartlessly removing subsidies that under the UWP cushioned the pockets of the citizenry, in order to ensure that people have a decent take–home pay on which to survive.

The Kenny Anthony Administration take, take and take; they continuously reduce people’s ability to care for themselves and their families while salaries are stagnating. Some fees are increased quietly, for example the cost of post boxes have risen. It is disturbing how the hue and cry is heard most piteously at the supermarkets, where it becomes glaring to thousands of parents that they cannot afford to purchase enough basic food items with the paltry funds in hand minus 15% VAT, to feed their families.

Just in case the people would have taken comfort in the subsidy on rice, sugar and flour – the staples consumed by ordinary, struggling Lucians, the subsidies were lifted. Since 1970, government has been the sole importer of bulk rice, flour and sugar. These items remained under a fixed price control regime. Dr. Kenny Anthony had previously given his word to the nation, never to tamper with those commodities in the interest of the poor. He and his ministers and senators have broken faith with the People, having proceeded to do the opposite. They had the nerve to call it: “Re– examining the subsidies”.

Here is what the so–called sympathetic to the poor, Saint Lucia Labour Party and Government leader had to say on the removal of subsidies on basic items:

“We do so, not only for health reasons but more importantly, because white sugar is not consumed by the majority of our people. Secondly, we will effect a reduction of 50 per cent in subsidies on bulk rice, flour and brown sugar with effect from June 1, 2013, resulting in an EC$10.5 million reduction on government’s expenditure on subsidies for these commodities.” He was silent on any humanitarian considerations for the poor. Further, are the people certain of how those millions are being spent by this Labour government because the Prime Minister who is also the Minister for Finance never disclosed that?

Remember how Alvina Reynolds, Minister for Health came out swinging, hotly professing the good word on bad foods – incidentally the sum of which seemed to be rice, sugar and flour. Her observations were all very convenient. Mind you dear reader, to date this SLP government has not introduced subsidies on the healthy foods that people ought to consume. Is that a compassionate government that should be re–elected into office? No way.

After the implementation of VAT the citizenry would have thought that a rosier fiscal picture would have emerged for this country, since the justification for the imposition of VAT was widely accorded to fixing the island’s biggest problem, its fiscal deficit. Surprisingly, under Labour’s masterplan Saint Lucia went into a three peat spell of annual negative economic growth. Yet again, Dr. Anthony came forth and cried to the nation.

Here is what he had to say: “In 2012/2013, the situation deteriorated even further because of the need to continue projects that had been started by the former government.”

Really? This after two years of rule by a Labour government that claimed to have all the answers. Dr. Anthony simply kept serving up a series of lame excuses to mask his government’s bad economic management. He said that greater effort would have to be made to reduce expenditure, to get the island on a path of fiscal sustainability. Since Labour took over, this country has been on a never ending path of this or that without a destination in sight. The country needs fiscal stability. To explain away his under–performing record, here is what KDA had to say:

VAT has been flowing in from 2012 without regular and thorough analysis from this government that assures the people that in fact the country has improved in terms of its neither fiscal nor economic standing. The people are surely not enjoying a higher standard of living. In short, inquiring minds want answers from this Labour Government. Sadly they are doing a less than an average job of being accountable and transparent to the people of Saint Lucia.

KDA has said that in the past, the former UWP government handled its deficit by borrowing. Hasn’t this Labour Prime Minister borrowed and borrowed non–stop from day one? It’s the case of the red pot calling the yellow kettle names isn’t it? Saint Lucians think and remember. Do not forget the blunders of this government and the dear price the entire nation is now paying, going into this national election. Call them failures, for that is what they are.